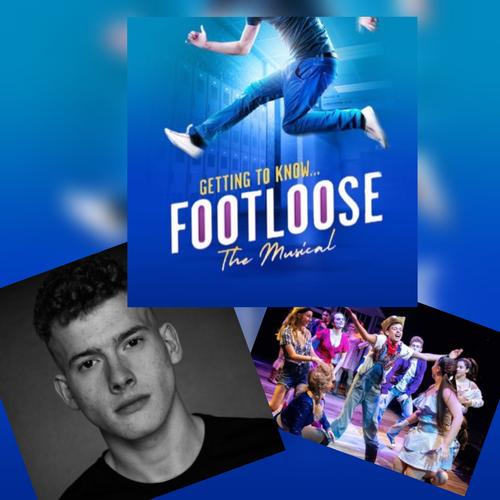 The musical Footloose is based on the 1984 movie starring Kevin Bacon: teenager Ren (Tom Handley) moves from Chicago to Bomont, a small mid-Western town, with his mom (Olivia Hollreiser) after his parents’ divorce. The Reverend Shaw (Kai Davies), of the town's only church, has banned rock and roll music from the entire town. He has a daughter named Ariel (Charlotte Windell) who is basically a hell-raiser--yet loves her father. Ren decides to stop the ban and bring the town back to life, with the help of Willard, a country hick – played by Bradley Riches, perfect in this comedic role - who becomes his best friend.

Footloose is one of those classics - like Flashdance – that promises a light-hearted good time and it delivers. The message is quite simple: dancing and rock music, and what they symbolise for young people.

The charismatic Tom and the mysterious Charlotte put in fine performances in the lead roles of Ren and Ariel, with a big and strong cast and ensemble.

Corin Miller has clearly directed and choreographed this show with professional standard aspiration, and the young and enthusiastic BTA's cast brings sincere energy to every audience member.

If you want to spend a nice evening without thinking about a no-deal Brexit and other gloomy news, head down to Southwark Playhouse: for a couple of hours you will get fun, drama, dance, and great songs too.

It runs until 3 August