Joys and pitfalls of gay relationships 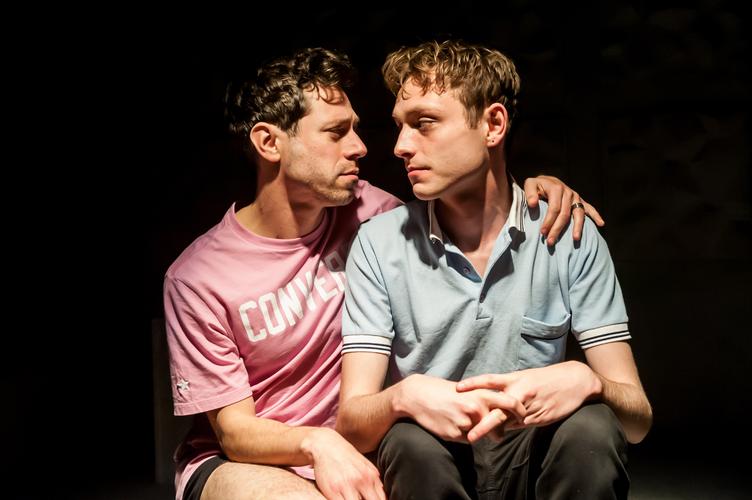 Circa is a play, written by Tom Ratcliffe and directed by Andy Twyman, that scrutinises the meaning of gay relationships in our society.

The five talented actors – Thomas Flynn, Antony Gabriel, Daniel Abelson, Joseph Rowe, Jenna Fincken –  skilfully play multiple characters, presenting different realities and vignettes. In the beginning, this can be confusing, but once the play progresses, you realize you are watching an examination of different facets of today's gay life through the trajectory of the characters' lives.

Similarly to The Inheritance, this play touches on many topics: sexual freedom, love, the impact of our past relationships, dating apps, gay marriage and much more. Probably too much to be explored in depth in less than two hours. There are so many ideas and food for thought, like the real meaning of gay marriage, which has been a landmark victory of our society. But is it possible that "homonormativity" (as it has been defined) is just a reflection and an adaptation to the heterosexual norm? Is that what gay people wanted or is it what society and the media wanted?

The set, designed by Luke W. Robson is simple and versatile and the use of the lights very effective. A great thing about fringe theatre is being spatially close to the emotions of the characters on stage: and the Old Red Lion totally allows that.

In the last 50 years, homosexuality has been decriminalised in the UK: consequently, the social approval of same-sex relationship has rapidly risen. Young people are more likely to identify as gay (or lesbian, or bisexual): on the other hand lower levels of happiness and life satisfaction are reported among gay people, compared to straight peers. There is a feeling of deep loneliness behind all the characters of Circa. Life is a journey, and sexuality too. The play shows this very honestly, and does not provide any answers.

But neither does life.

Circa runs until 30th March.