We chatted with Tom about his new show, Circa, gay relationships, loneliness and, of course, theatre 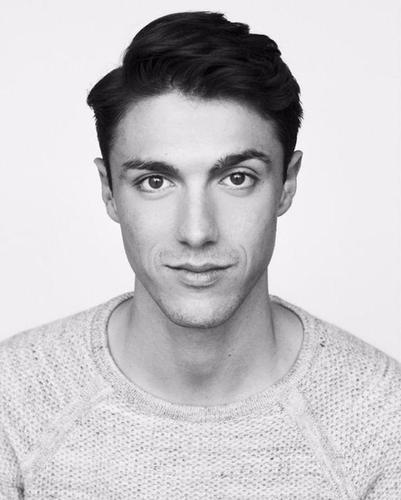 Hi Tom! Can you tell us about yourself?

Sure! My name’s Tom Ratcliffe and I’m an actor and playwright who graduated from The Oxford School of Drama in 2015. Since graduating my writing credits began with Circa, which premiered at the Theater de Meervaart, Amsterdam in 2016 before running at The Vaults Theatre the same year; Gifted (Pleasance Theatre, Islington) and my solo show, which I also performed in, VELVET, which played at Pleasance Courtyard and will run at VAULT festival this year before embarking on a UK Tour). As an actor my credits also include Sket (Park Theatre); 5 Guys Chillin’ (Kings Head Theatre) and Wars of the Roses (Rose Theatre, Kingston). My first play Circa, is now coming back for a four week run at the Old Red Lion in a co-production with Harlow Playhouse.

Telll us more about Circa..

Circa is a play that confronts the blurred identity of gay relationships in the 21st century. The play follows the story of one man’s romantic life through the different relationships and the encounters he experiences over a period of thirty years; joining him as he experiences the joys and pitfalls of trying to find love and fulfilment as a gay man.

For heterosexual couples there is a clear ‘life’ blueprint set out which is reinforced by literature over hundreds and hundreds of years. For gay men, there is a history of affairs/encounters in secret, shame and sexual freedom. It is only in this century that heteronormative ideals like Marriage and parenthood are possible and therefore men are still finding their feet. With uncertainty, there are different ideas from person to person which can result in a sense of unfulfillment and, ultimately, loneliness. This is what the play explores.

Do you think social media and dating apps have made us more connected and less lonely? Or is it the opposite? Do you ever feel lonely?

I think social media and the dating apps have contributed to an attitude that ‘no one has to settle’ and there is our ‘perfect match’ out there. This thinking is dangerous because relationships are naturally about compromise. I therefore think the accessibility of others out there, presenting their perfect selves on social channels, has meant that people are less willing to commit. Which ultimately means people are left feeling lonely.

What is the last show you have seen in London?

The last show I saw in London was the wonderful Nine Night at Trafalgar Studios. Highly recommend!

Circa will be at Old Red Lion Theatre, London EC1V 4NJ, from 5th to 30th March.