Even if born free, we can be slaves 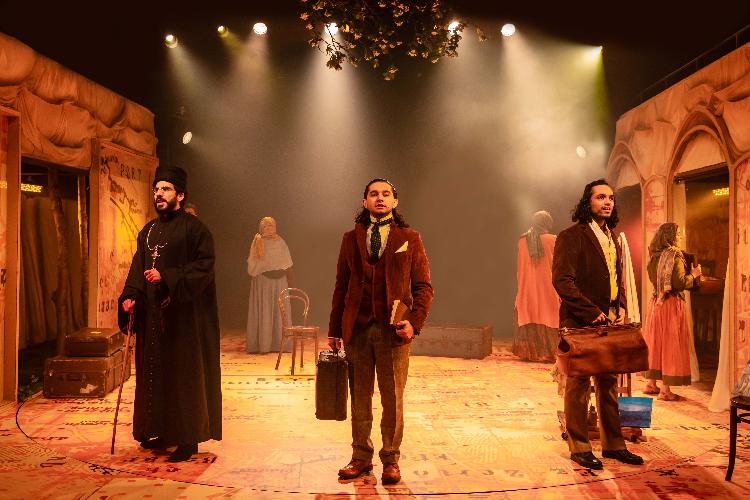 The musical “Broken Wings” finally arrives as a fully staged production at the Charing Cross Theatre after its various developments as a concert version and at the Dubai Opera House. The story is based on Kahlil Gibran's Broken Wings, and begins in New York in 1923, where the Lebanese-American writer looks back on his life in Beirut and a fated love affair there.

It is a powerful story, poetically and playfully told, that packs a strong emotional punch. The strength of this production, dynamically directed by Bronah Lagan, is the cast. It is an effective ensemble of strong actors and singers, and each one brings something essential to the story. The young romantic leads of the piece, Khalil Gibran, played by a vocally charming and precise Lucca Chadwick-Patel, and Selma Karamy (Noah Sinigaglia), equally strong in her singing and performance, stand out in carrying out the central love story in a convincing and committed way. The music and lyrics by Dana Al Fardan and Nadim Naaman, are the second strongest element of the piece. They are rich with soaring melodies, beautiful harmonies and poetic passages, sometimes almost too much so as they explore the very romantic and passionate inner worlds of these young lovers.

The ensemble is active and always alive, vigorously supporting the journey of the main characters. The lighting and set equally do justice to the story and succeed in transporting us into another place and time, full of promise, beauty, and tragedy.

The fact that this story was written in Arabic more than a hundred years ago is in itself a reason for wonder, with its exploration of freedom, women’s rights, culture and identity, and the human heart.

The device of the revolving stage feels slightly overused and the direction of some comedic and romantic moments can feel a little Disneyish, slightly clashing with the reality of 20th century Lebanon, but overall the story is carried through with energy and commitment, and in the end, despite wings being broken, our hearts manage to soar.