There is a fine line between memory and the truth 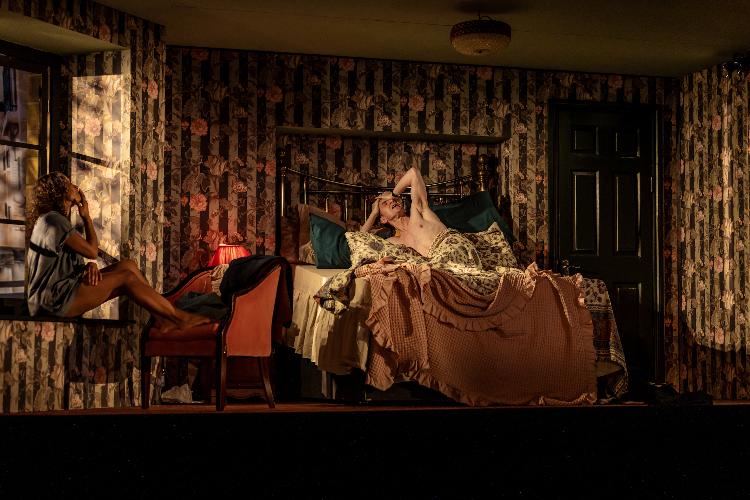 It is not unfair to expect a quality evening of theatre when you have a world premiere from  a BAFTA, Olivier, Tony, and Academy Award-winning writer at the helm, and Florian Zeller  does not disappoint.

We are presented with a man, Pierre, who is at a crossroads. On one side, he has the  demands of his family, his career, the life he has built through twenty-five years of  marriage and on the other, he has lust, passion, the feeling of being brought back to life  again through his illicit affair. Pierre controls the narrative we experience as he battles with  the lies he has repeatedly told himself, yearning for them to be true. This is a play  peppered with humour, disgust, parallels and a delightful dose of dramatic irony that  genuinely leaves you guessing throughout.

Leading this accomplished cast is Toby Stephens as Pierre (Man 1), a perfect casting  choice of a man who is losing control of the story in his head. Stephens is able to flex his  range and is exceptional in the most emotionally demanding moments. As his wife, Gina  Mckee is outstanding, with the real power of her performance delivered through the  words she does not speak. She brings a striking intensity to the role that was incredible to  witness. Angel Coulby is very strong in her performance as the girlfriend and Paul  McGann and Finbar Lynch both deserve high praise for their work.

To meet the demands of the script, designer Anna Felischle, had the task of creating three  different sets across the Hampstead Theatre Stage, each one perfectly naturalistic. The  living room is sublime as if lifted from an advert for made.com, the upstairs bedsit is  dated yet cosy, and the office is cold and soulless - each one perfect for its purpose, and  packed with little details that you might want to keep an eye on as the scenes bleed into  one another. Hugh Vanstone’s lighting is superb, effortlessly moving us between natural  and more abstract moments in the play. His design subtlety highlights the detail and  enables the sets to feel lived in through light flowing doors left ajar. Isobel Waller-Bridge’s  sound design is equally impressive, principally, in supporting the heightened darker beats.

It is hard to talk more about this production without spoiling the route the play takes but it  is truly a gripping evening of theatre, once again proving the strength of the Florian Zeller  and Christopher Hampton combination. This is a first-class production that deserves to  be seen and enjoyed by many and it will leave you discussing the meanings and  interpretations of the play well beyond the curtain call and the tube ride home.