Should we leave this flat or not? 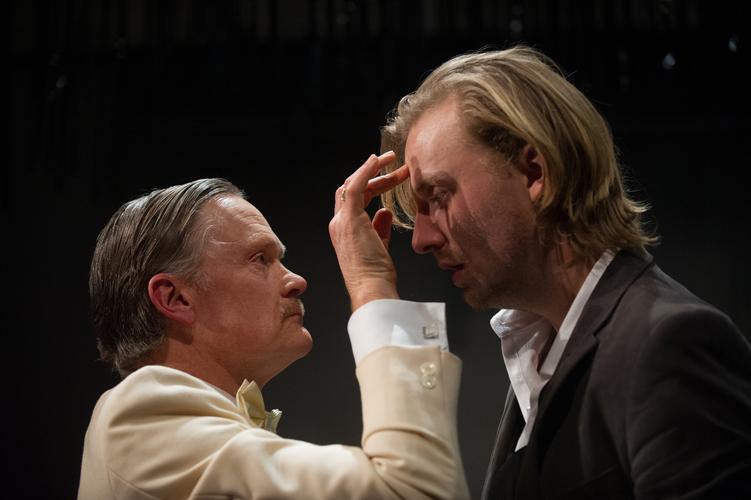 Matt (Danny Kirrane) was a stand-up comedian. Until the day he stopped and started living in his flat with Tristabel (Tom Canton), intelligent and circumspect, and Benzies (Daniel Portman), physical and aggressive.

They are barricaded into Matt’s messy flat, to keep an enemy out, and we are left to guess for the first act who is the enemy. We hear angry dogs barking, loud noises and people knocking, but who or what is really outside the door?

At some point a man called Christopher (Liam Smith) comes into the flat by a ladder that the three men keep in the flat, preparing their escape that has not yet happened.

The limited space is well designed by Elizabeth Wright: Matt’s flat gives a sense of claustrophobia and disorder, which is just the reflection of what is in Matt’s mind. Even if the topic is difficult and dark, the script is intelligent and funny, and the performance of the actors just brilliant. The tension doesn’t drop – not even for a second – and the audience is left guessing until the second part of the second act, when the allegory leaves space to the reality.

We’re staying right here may not be everyone’s cup of tea (I have seen a few people leaving at the interval). It does not give many explanations to the many symbols shown and it can be difficult to watch at times. But it is a play that talks about a serious issue in a different and moving way.