The musical celebrates 35 years of the iconic hit film 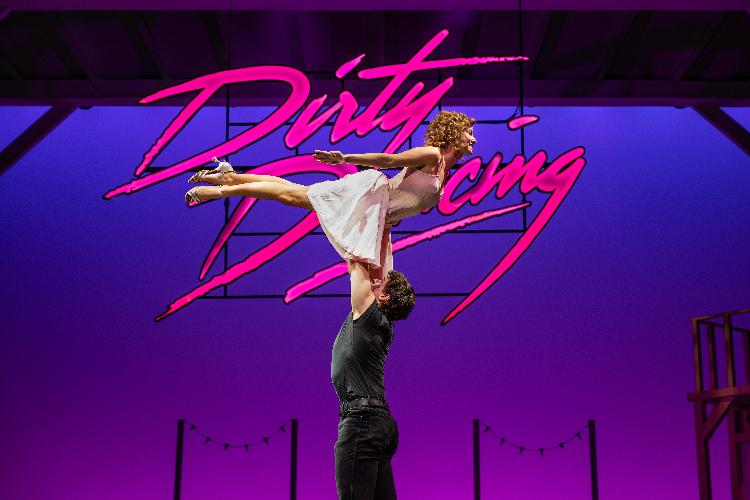 Dirty Dancing – The Classic Story on Stage has arrived at the Dominion in the West End.

Dirty Dancing is one of the most iconic films ever made, starring the late, great Patrick Swayze and the dazzling Jennifer Grey. If you don’t know the plot, Frances ‘Baby’ Houseman and her family go to a holiday camp. Here, the resort’s dance instructor Johnny, chooses her as his student and the two fall in love. So, the show is about love and music, and I guess this is the reason why it is such a classic, but there are also background themes of race, class and politics.

The cast of the stage show of the classic film is led by Michael O’Reilly and Kira Malou who return to the roles of Johnny and Baby. O’Reilly made his professional debut straight from drama school in the role of Johnny in the 2018 tour. He commands skilfully the stage, and Kira Malou is perfect in her role: she is comical and awkward, and their chemistry is explosive.

With the hit songs Hungry Eyes, Hey! Baby, Do You Love Me? And, of course, (I’ve Had) The Time Of My Life, the show features the original 1987 script by Eleanor Bergstein and is directed by Federico Bellone with a creative team completed by choreographer Austin Wilks (Dirty Dancing – The Classic Story on Stage, Piccadilly Theatre), lighting designer Valerio Tiberi, sound designer Armando Vertullo and supervising musical director Richard John.

What makes this stage show a hit is the soundtrack, of course, but also that the film has been faithfully put on the stage and, most of all, that the ensemble dance numbers are explosive: a joy to watch.

Whether you are a fan of the film or not, Dirty Dancing is a fun night out and will cheer you up after the gloom of the last two years.

It runs until 16th April.