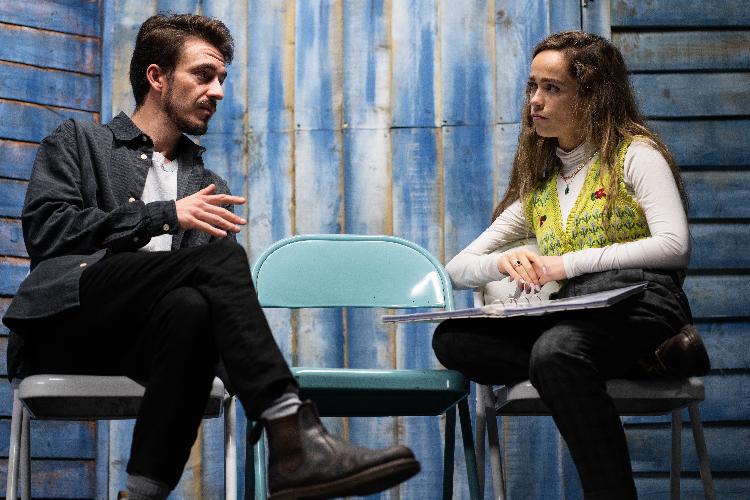 ‘Us’ is a tale of love, heartbreak, hope and devastation within a single relationship. Exploring the differences between the first half hour and last half hour of a relationship, ‘Us’ swings through the motions of a duo we’re all too familiar with.

The couple trope is one we’ve all seen on film, stage and TV, where the audience watched what once was a beautiful love story turn into a tragedy. But ‘Us’ was certainly the most relatable of its genre. Highlighting the power dynamic between the two actors (Niamh Morgan and David Persiva), Morgan appears to mostly have the upper hand, even when being hit by biting remarks from Persiva, shunning her veganism and telling her she embarrasses him. It almost makes the audience want to jump to defend her.

The acting was beautifully done, enrapturing us in the drama from start to finish. It’s easy to forget you’re watching a play, as it contains so much realism. The stylistic choice from director David Frias-Robles is a great fit for Persiva’s writing; the two go hand in hand.

A particularly lovely and original moment was when the two characters endure a powercut when they first meet, plunging the whole theatre into darkness for several minutes of dialogue. It’s incredibly enjoyable to sit back and listen to the pair talk, enjoying each other’s company as the audience remains relaxed in being unseen.

‘Us’ is not to be missed and will be running from 1st-19th Feb at The White Bear Theatre.