Could it be Magic? - Review - Wilton’s Music Hall

Four Magicians. One winner. Who wins? You decide 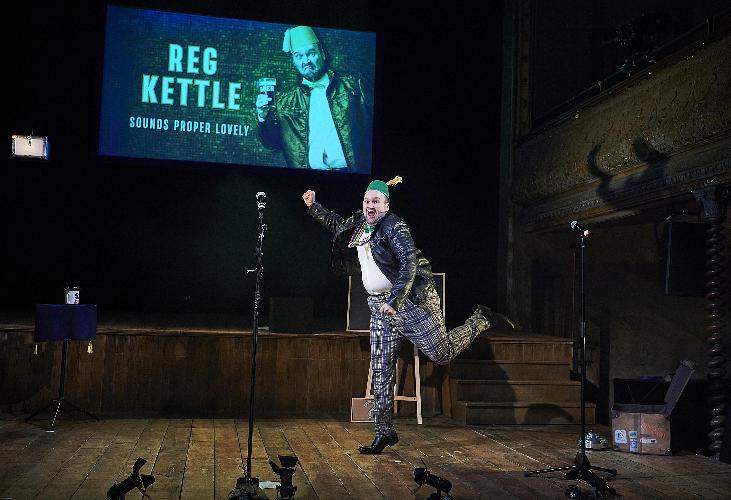 Showing at the famous Wilton's Music Hall, Paul Aitchison brings four different characters onto the stage to compete showing us some ‘bizarre’ magic. Aitchison, who performs as the four characters, is best known as co-writer and performer in the award-winning sketch act Mixed Doubles. However, there is nothing award winning about this magic show.

Coming onto the stage dressed up as a low-cost version of the legend himself, Tommy Cooper, Aitchison's first character is called Reg. He tries to copy Cooper and his mannerisms which already gave me false hope for the show. The atmosphere in the theatre itself says it all, as 'Reg' is trying to be funny. As he continues to try being funny, it seems that every joke he says, he waits for some laughter which isn't how comedy works. The stage is messy, and it comes across that the prepping was done so fast without any attention.

As the show continues, we see three other characters who are portrayed by Aitchison. Nothing but unrefined, uninspiring and useless jokes which didn't make people laugh.  I like magic more than the next person does. However, this one has been done millions of times and it can get a bit dull after seeing it twice. It is like there was no attempt made by Owen Lewis, the director, for this show. It was as if Aitchison was allowed to run around on a messy and unrehearsed stage and do whatever he wanted to do. When a show is good, I never look at my watch. But the fact that I looked at my watch three times tonight says it all.

It runs until 5th February.