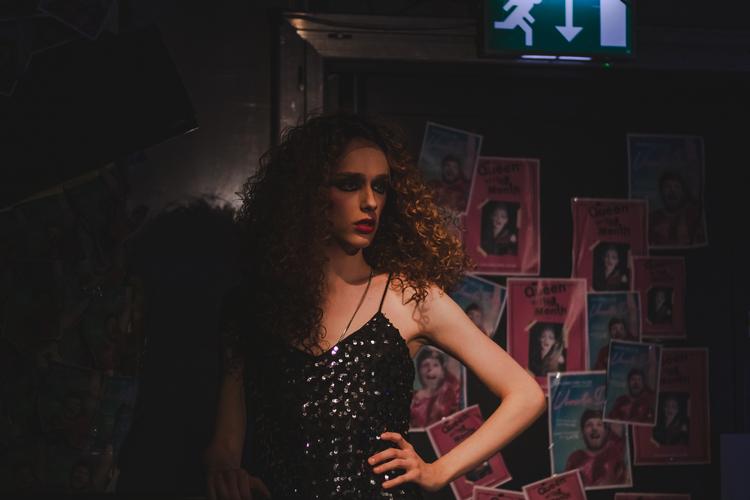 Call Me Vicky is the hard-hitting comedy true story of Martin's transition to legally become Vicky. Written superbly by Nicola and Stacey Bland, this play shows the hardship that was faced daily by not only Vicky but every single person that transitioned in the 1980s and still face nowadays.

The production is full of comedy and one-liners, mostly delivered with ease by Ben Welch as Fat Pearl, the larger than life Drag Queen. In a play with such a hard-hitting topic as this, comedy is essential to add substance to productions, and it was delivered respectfully and with perfection in comic timing.

Stacey Bland and Nicola Bland not only wrote the production but also starred as Gabby and Debbie. These very rounded characters were as real as the genuine people that they were portraying, moving the story at a fast pace while continuing to tell a moving story.

Adam Young played the lovesick punk rocker, Sid. This loveable character brought along a great story arc for Vicky and was performed superbly by Adam. His chemistry with Matt Greenwood as Vicky was genuine, and the pair work great together to give the audience a relationship as real as is possible on stage.

Matt Greenwood managed to portray Vicky with love and respect, and gave a genuine performance to Vicky's adoring crowd, being the glue holding this strong production together.

Completing the cast as Vicky's mum, Sylvia, was Wendi Peters. This powerhouse performer always delivers, and whether it is with line delivery or purely just glances to the side, this part dramatic, part comic character was given life by Peters and her superb ability.

Call Me Vicky is an excellent story for modern times and with a larger budget could rival the likes of Everybody's Talking about Jamie as the must-see production of 2019. However, this is already a show that you will not want to miss.