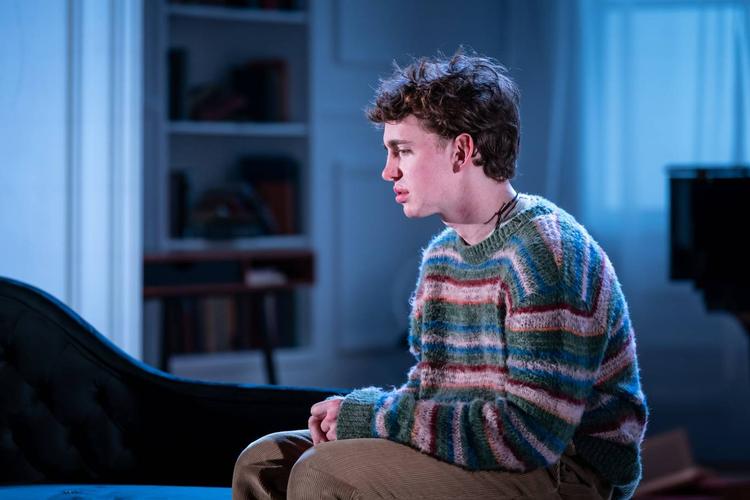 Every pain has its reason to be. Whether hidden, involving complicated relationships, or in plain sight, the cause of suffering needs to be recognised first for the problem to be solved, and it needs to be done before the situation becomes permanently damaged.

There is no late talk that would heal Nicolas (Laurie Kynaston), as the parents barely see the root of his illness. When Pierre (John Light) separated from Anne (Amanda Abbington), he left a wound deeper than the misery of a single mother having to deal with a teenage boy. The so-special always-cheerful son has become depressed and no move from one parent’s house to another seems to help the situation. The elephant in the room is barely addressed, attributing the origin of the boy’s odd symptoms rather to some mischiefs at school or a little heartbreak. Sofia (Amaka Okafor), the father’s new partner, is stressed for her baby, while the reassurance that ‘everything is going to be fine’ turns void as the mental state of Nicolas, feeling increasingly under pressure, deteriorates.

Florian Zeller opens wide the stage doors on a very dramatic topic, yet hardly performed as the main subject of a play. Looking through the family’s lens, he tries to represent the difficulties in grasping the mental health issues of a bright happy boy, all of a sudden miserable. Despite some scattered cries for help by Nicolas, his depression is considered a temporary state - the worst approach. The son, his coping attempts, the failing struggles, are at the centre of the piece, however, often they are even too clearly spelt out, as the reality is actually black and white for everyone to see, except for the parents. More than once, the characters seem to lose their three-dimensionality, to be quite plain. Other times, they impersonate really deep human beings, trying their best for the things to turn well. The contrast often screeches.

The play flows well, also thanks to the technique of transitioning from one scene to another without stark changes. Memories and different episodes slightly overlap, giving a sense of overall continuity.

The performance of John Light is remarkable, reaching its peak towards the end, where the well-composed man crumbles. In the conflicts with Nicola, Pierre, protagonist-antagonist, is truly representative of a loving father, unable, though, to see beyond his nose for what regards the emotional consequences of his actions.

Amanda Abbington is outstanding. In a plot that would usually see the mother as the devastated character, either attracting the focus on her or the despise for being so inert, she plays her role in a polished way, without excesses, with all the nervous twitching and the confessed weakness and compassion due.

Mirroring the agony that arises in Nicolas, the setting is soon messed up. The white wall and the fine decor of the house clash with the untidy clothes, the dispersed pieces of a puzzle, the books thrown to the floor, perfectly representing the mayhem going on in the boy’s soul while he is making an effort in keeping a ‘normal’ appearance from the outside.

A bit annoying resulted the background sounds. With the drama naturally scaling up, the classical music - purposely holding the high volume for a few seconds in key moments - looked more as a forced addition, an excessive highlighting of the tragedy, where the dialogue and the poignancy of the actors would have sufficed.

Although losing part of its strength along the way, The Son has the merit of aptly portraying le mal du vivre, bravely showing the struggles and defeat of the parents.

The Son is at Kiln Theatre until the 6th of April.