Relationships can be murder 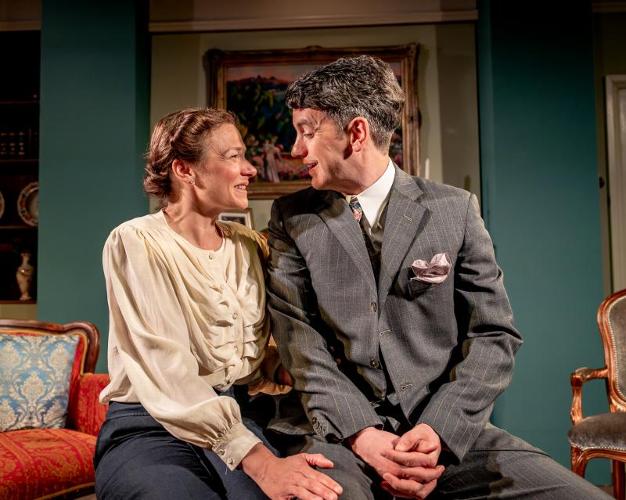 Stephen Dolginoff’s Thrill me - the Leopold and Loeb story is the opening production of the ‘Outsiders season’ of Jermyn Street Theatre, and what a strong start! This show is such a good choice, fits into the nature of the venue perfectly: small, chamber-like and very intimate.

This musical story of masochism and murder is set in Chicago in 1924. Richard Loeb is obsessed with crime and Nathan Leopold is obsessed with Richard. High on adrenaline, the two leave a trail of arson, theft, and vandalism in their wake. But Richard wants to take a step further: will they be able to commit the perfect crime?

We can be sure that Bart Lambert (Nathan Leopold) and Jack Reitman (Richard Loeb) could fill a much bigger space as well with their charismatic presence, but this is just one aspect where their talent shows: they know exactly what is enough. Both Nathan and Richard are very intensive characters, they could have been overwhelming in no time - and it’s definitely a critical point in this morally questionable story, they have to hold the audience’s interest and some amount of sympathy until the end, otherwise it just is not going to work.

Lambert and Reitman manage it perfectly.

Lambert’s Nathan is nervous, uptight and fidgety with a sheer madness in his eyes. His worship towards Richard is enormous and believable, literally justifying all of his actions. The way he is switching into his character’s older version in a second is a really impressive stunt acting wise - a joy to witness.

The chemistry between him and Reitman’s Richard is so intense. The spark between them could set the place on fire at any time, and it does.

Reitman is perfectly calm and elegant in every possible way. He has got the charm, dignity and the elegance of someone from the golden age of Hollywood.

His rendition of ‘Roadster’ is the most shocking moment of the evening because realise again that predators of our society don’t hunt with claws and fangs but with their attractive presence and pleasing manners.

The setting (Rachael Ryan) is really clever, the design is not only pleasing for the eyes but serves the storytelling flawlessly and captions the essence very well. The small auditorium just makes the whole experience more intimate and unforgettable: the audience is sitting very close to the action, so they are part of the story, part of the agreement between the two characters, and part of their crimes too.

The lighting design (Chris McDonnell) is also really impressive. Scenes like the abandoned warehouse on fire, or the beautiful moment with Richard’s last picture are definitely going to be in our minds for a long time.

The show runs until 5th February, so you have to be fast if you want to witness this wonderful piece of theatre - it’s definitely a must watch!