A Day Out in Shakespeare’s Theatre - Review (Online Streaming)

The debut interactive event from A Bit Lit 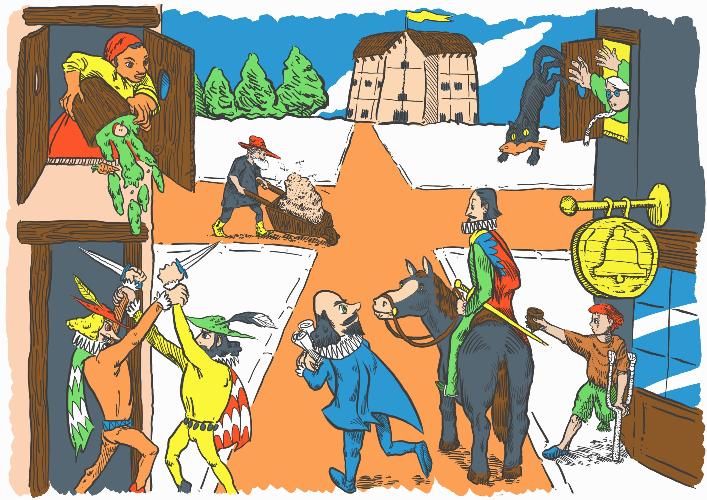 A Day Out in Shakespeare’s Theatre is A Bit Lit’s debut event to create a new, educational and exciting digital learning platform that unites creator’s and academics of all shapes and sizes.

The diversity and inclusivity of A Bit Lit’s cast of contributors, as well as its audience, is really revitalising and reassuring. Audio description, captioning and BSL interpretation is available and some are compulsory throughout. The comperes (Andy Kesson and Jimmy Tucker) and the majority of speakers are very conscious of accessibility; often describing themselves before they begin. Helpfully they also demonstrate their preferred pronouns on their zoom names.

From the outset, the interactive and immersive objective of the session is obvious as the hosts encourage the audience to give feedback on what kind of projects they would like to see moving forward from A Bit Lit. The zoom chat being available on the side is a fun highlight as extra information is available from the speakers but also, encouragement from friends and general audience banter appears as we learn. We are given votes throughout which unfortunately do not seem to have many consequences but feels interactive all the same.

Simon Russell Beale and Emma Smith introduce the scene with hypothetical tidbits regarding a day visiting the theatre in 1600. Led on by this theme, in a vox-pop like fashion, historians lend their expertise; Sarah Dustagheer, B. K. Adams and Elizabeth Taveres describe an Elizabethan theatre for us as well as hypothesising what the visit might be like from different class perspectives.

Willy Shakespeare makes an amusing appearance popping up on a green screen background that has been coloured in as an illustrated black and white office with a few Shakespearean artefacts dropped in.

The session is filled with various appearances from academics Heather Knight, Callan Davies and Holly Dugan and educational sketches from Emma Frankland and Bea Webster.

The tone somewhat feels like a satirical BBC panel show but with more passion for historical knowledge.

Disappointingly the improvised show only begins in the last quarter of an hour and despite unlimited possibilities on a digital platform (it is much easier to transform into a bee on a computer than it would be on a stage), it is difficult to engage with through the screen.

Overall, the idea is fantastic and joyously accessible. Technical slip-ups need to be ironed out but as live digital events go, the quality is really inspiring.