Into The Night - Review (Online Streaming)

A theatrical performance based on the book Penlee: The Loss of a Lifeboat by Michael Sagar-Fenton 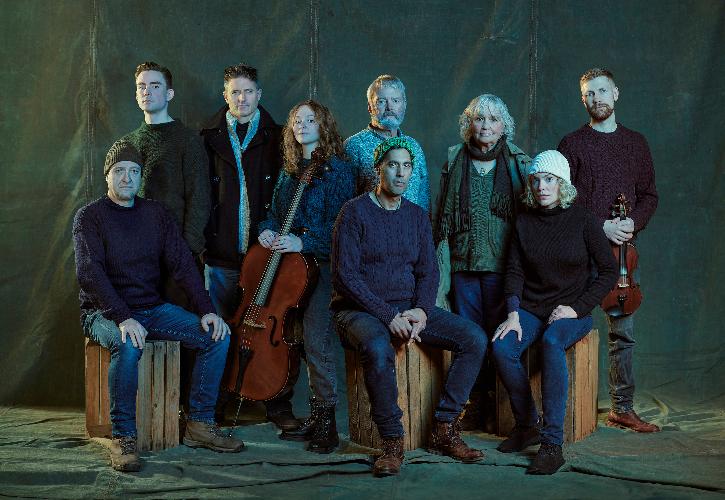 Forty years ago, a lifeboat set out from the Penlee station to rescue people on a stricken vessel heading for the rocks off the Cornish coast. They never returned. A total of sixteen lives were lost in a disaster that is still marked to this day. Now the Original Theatre Company have produced Into The Night a moment by moment account of that dreadful night and its awful consequences.

The intention was that the production should be livestreamed on the eve of the anniversary of the event itself but there was to be a twist. Covid did its thing and with two members of the company testing positive overnight there was little choice but to pull the stream. A recording of the only complete run through (essentially the technical/dress rehearsal) from Friday evening was aired instead.

Frazer Flintham’s script is thrillingly brought to life in a dynamic account of events which is almost documentary in style. The audience is given scene setting, direct address descriptions and introduced to a tight knit community centred around the pub. As the piece progresses the narration recedes, and the story of that night becomes told more directly. There are scenes set on the bridge of the foundering Union Star, the coastguard’s office in Falmouth and, thrillingly realised, a Sea King helicopter which attempts the initial rescue but is hampered by raging seas and howling winds. Then there is the lifeboat itself, the Solomon Browne helmed by Coxswain Trevelyan Richards (a sternly focused Robert Duncan). As the eight strong crew – the cast size deliberately echoes reality – take their places we learn a little about each in a sequence that puts a human face on the tragic events. The octet also play all the other roles so, for instance, the always dependable Tim Treloar plays the pub landlord and the captain of the vessel in distress as well as a lifeboatman. Other well known faces such as Susan Penhaligon and Tom Chambers bring their wealth of experience to bear.

It’s life-enhancing to see OTC keep pushing back artistic barriers. This is a vital story excitingly told using stylised scene setting techniques and live delivery of the action which keeps the piece theatrical. At the same time there’s clever use of filmic aspects to bring even more immediacy with panoramic shots and jump cuts keeping up the momentum. The actors and cameramen use a constant rocking motion all played out to a video backdrop of a tempestuous sea which propels you into the heart of the action. In truth there were a number of fluffed lines, missed cues and sound and lighting glitches but, do you know what, it didn’t really matter. The strength of this powerful and moving story, the commitment of the actors and technicians and the sense of occasion that this production achieves is enough to banish any negative thoughts. Indeed, given the circumstances in which the production found itself, it is a triumph that it even made it into our homes. It deserves your time and attention when it becomes available in early 2022.

Into The Night will be available on-demand from January 6th via the Original Theatre Company’s website.