Peggy For You - Review - Hampstead Theatre

For once the agent steps into the spotlight 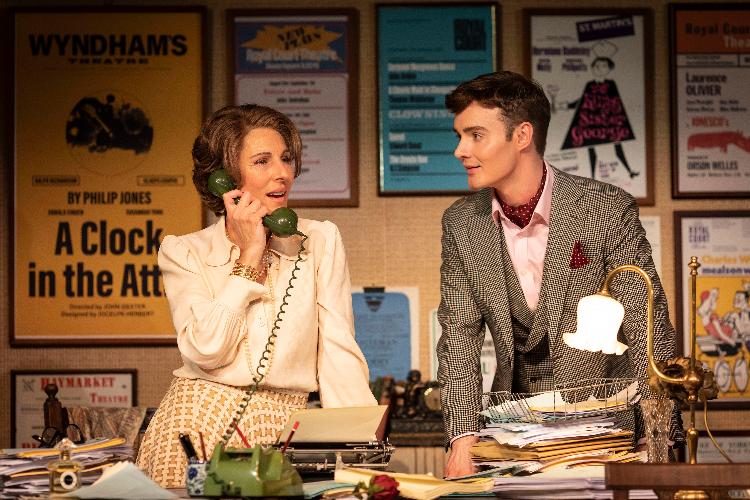 Nestled in a script-crammed office along St Martin's Lane, central London, is Peggy Ramsey,  eminent agent to illustrious playwrights. Hampstead Theatre’s production thrusts us into Peggy’s universe and consents us to experience a day in the life of a top theatrical agent.

Peggy is a master puppeteer, who delights in her knowledge of how to charm and tease the people that orbit her. Tamsin Greig is sensational in her portrayal of Ramsey, exquisitely commanding the space and entrancing the supporting cast of characters from beginning to end.  Once combined with Richard Wilson’s direction, her performance is effortless, perpetual and worthy of the larger than life character that Peggy was.

Ramsey’s assistant, Tessa (not her name) absorbs the regular force of Peggy’s chaotic nature and  Danusia Samal is delightful in her exasperated responses and willingness to go along with  Peggy’s ideas whilst simultaneously trying to educate her that there is a world outside of her theatrical London bubble. Jos Vantyler and Josh Finan as Phillip and Simon respectively, are equally excellent. Finan’s straight-man deliveries are amusing and though the direction and performance do risk oversimplifying his innocence and lack of experience as a playwright.  Trevor Fox as Henry, a long-time client of Peggy’s is refreshingly sarcastic and miserable and therefore poses as a lovely juxtaposition to Peggy’s innate drive and passion. The scenes between Fox and Greig are the highlight of the play, equally witty as they are compelling.

The production is framed beautifully in James Cotterill’s set that leaves nothing to the imagination.  The walls are adorned with posters of classic productions long gone and the carpet is covered in stains from past and current clients. This set is naturally alive and allows us as an audience to partially understand the world of which we are entering before a single line of dialogue has even been delivered. There is no expense spared with the design and the production thrives because of it.

It must be said, that some of the names and references did go over my head at times, as I may not be as well versed in the classic playwrights of the time as I hoped, but that did not limit my enjoyment of this production. Wilson and the team have expertly crafted a highly meta but intriguing piece that is more than worth a trip to the theatre.

It runs until 29 January.