[Title of Show] – Review – Above the stag Theatre

A musical about...writing a musical 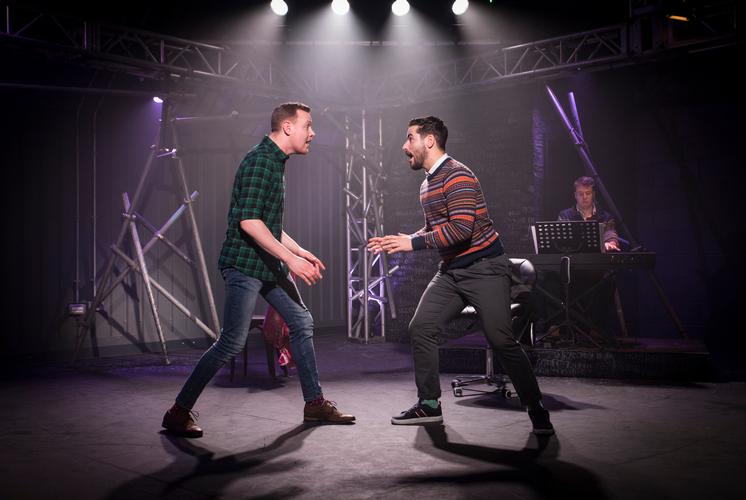 The idea of [title of show], directed by Robert McWhir is the same. It is a musical, with music and lyrics by Jeff Bowen and a book by Hunter Bell. Jeff (Jordan Fox) and Hunter (Michael Vinsen) are trying to write a musical as an entry in the New York Musical Theatre Festival. The show follows the struggles of the two friends and their two actress friends Heidi (Kirby Hughes) and Susan (Natalie Williams) during the creative period, along with subsequent events leading up to the show's production.

The vocals of the four actors bring to life the struggles and frustrations of the artistic process and the first song "Untitled opening number" is energetic and brilliant. The chemistry between the characters is magnetic and they deliver great harmonies (which is important especially because the music relies on vocals, supported only by a single piano played by the MD Aaron Clingham) and their dance steps effective (choreographed by William Spencer) but the songs sound quite samey and don't give enough strength to the thin story.

[title of show] is meta theatre. It is theatre that talks about theatre. It is perfect for theatre lovers and musical fans, and will be appreciated by anyone who likes an odd but entertaining show with a great cast.

[Title of show] runs until 10 March