An unlikely pair from Brightlingsea take a stand 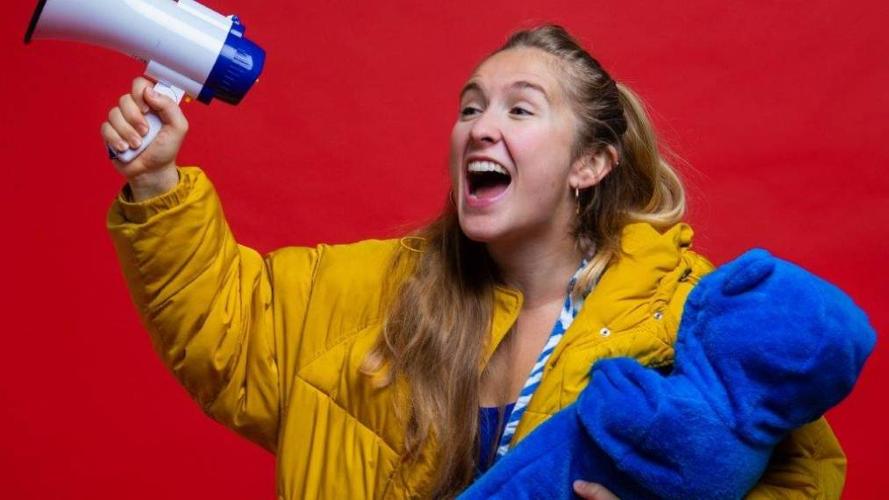 In 1995 a community came together to protest the cruel treatment of animals being transported through Essex onto foreign abattoirs. For ten months, mums, pensioners and school children made their voices heard and Polly Creed’s play imagines some of the incredible characters involved.

We have Alice (Colette Zacca), a passionate teacher, respected and admired, but who is having a  challenging time with her teenage son. Through an act of kindness, she befriends Linda  (Francesca Isherwood), a thinly stretched mum of two, currently living with her in-laws whilst her husband is serving abroad with the military. The duo become inseparable as they delve into the world of political activism. Zacca and Isherwood have strong chemistry in their performances,  beautifully highlighting the heart and emotion at the core of this story. Isherwood is instantly likeable and charming as Linda, bringing endless amounts of energy to the role. Zacca shows a  seriously impressive range in her performance, albeit somewhat inconsistent throughout.  There is wonderful use of archive footage in this production and it does a fantastic job of placing the piece into the wider context of the events in Brightlingsea. This was a clever decision as it showcases aspects of real-world events that would be near impossible to translate onto the studio stage. Imy Wyatt Corner’s direction is effective and fully utilises the downstairs space at  The Pleasance. Corner has peppered a few movement sequences into the piece most of which are delightful to watch; a personal favourite being the telephone sequence. However, some of the movement choices during the transitions do feel forced and unnatural.

On the whole Creed’s writing is strong, with the dialogue flowing nicely between the two characters, but it does become plagued with clumsy pacing issues as the play progresses. It does well in tackling themes of community and protest but when discussing the topic of racism it feels like an afterthought.

Humane is a piece that showcases the change that ordinary people can create when they come together. In particular, the importance of the women who led the fight in securing better welfare for animals in rural Essex. There are strong performances and creative decisions at play here and with more polishing, it could serve as a lasting testament to those that said enough is enough.

It runs until 21 November.