An Austen-tatious Night of Side-splitting Fun 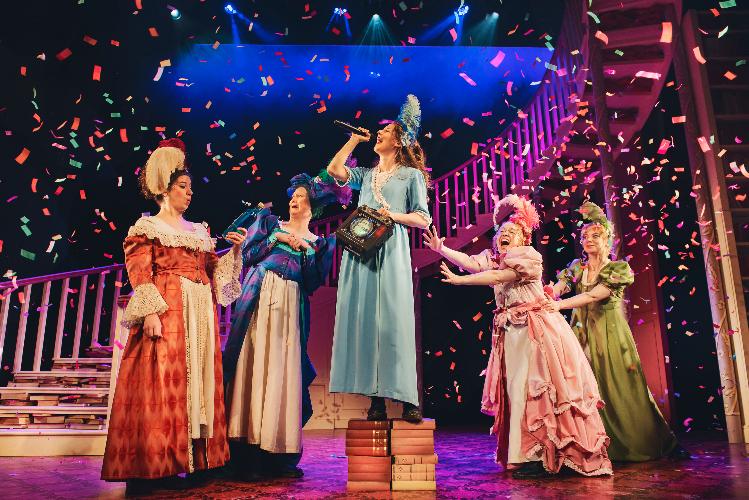 There are very few shows that can be found without fault, and it is refreshing to say Pride & Prejudice (sort of) is one of them.

Written by Isobel McArthur, Pride & Prejudice (sort of) is a retelling of the Jane Austen classic novel, through the eyes of the servants of the house. Directed by Isobel McArthur and Simon Harvey, it is a far cry from the usual dead horse that gets flogged in other adaptations of Austen's timeless works and leaves audiences with sides sore from laughter and a general sense of unadulterated fun.

The idea of a writer and director putting themselves in the work can often seem like a vanity pursuit, however, McArthur does a miraculous job of not making herself the star of the play. Instead, her writing favours many of the other characters over herself. This sense of humility in her writing only adds to the dynamic and authenticity of the play.

The influences of Monty Python and Victoria Wood are not lost on the audience with the use of coconut shells to mimic a horse ride, and water guns to imitate rain, which causes the audience to give out a unanimous roar of non-stop laughter in the first act.

Special mention has to be given to chameleon actor Hannah Jarrett-Scott who steals the show with her many character guises, and perfect reenactment of the varying tropes specific to each character she embodies. The uniqueness of each actor on stage cannot be denied, with each taking on the role of musician, which is something rarely seen in the theatre, but always a pleasant sight to behold.

The only downside of this show is the use of the interval. Though the calibre of the acting never drops, the 15-minute interval does pull you out of the world created by Austen and McArthur, so settling back into the second act takes some time. However, the actors on stage do a marvellous job of recapturing the audience with their timely physical humour.

This is the perfect show for all from the Austenites/Austen aficionados, to those who are simply looking for a feel-good show.