A story of a life-changing friendship, based on true events 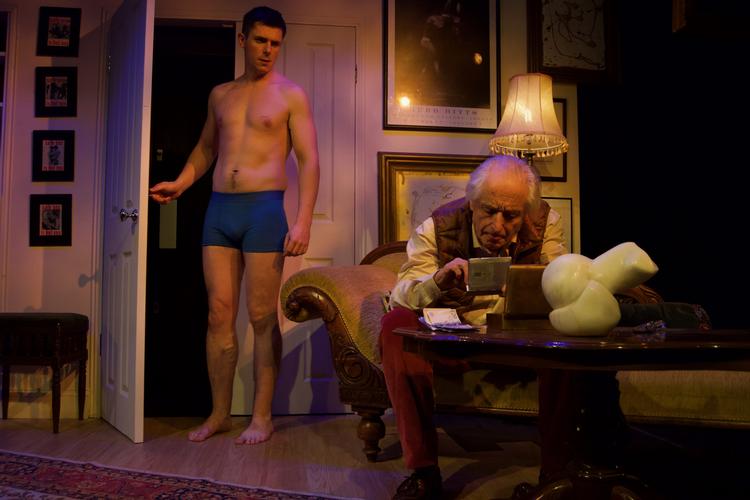 Al struggles to make a living and soon reverts back to his old ways of dealing 'Sweets' (cocaine). This leads him to the home of Les, a wealthy, elderly gay novelist; he hides his own, private battles. They become companions even if they are completely different. Their friendship is seen with suspicion by Les’s best friend Terry and by Ian, a younger man who helps Les in his daily activities.

Lilies and sweets, directed by Spencer Noll, is most of all a play about friendship, a heartfelt bond between two men of different ages and from complete different backgrounds.

The characters are very convincing, and this is because of the flawless writing and clever dialogues. There is enough time to explore each character but also the dynamics between all of them, so, by the time of interval, it really feels you have been knowing Al, Les, Ian and Terry for a long time. The script is incredibly funny, especially in the first act – before it moves to a more dramatic and darker second act.

A brilliant performance from the cast: Nathan Wright (who is also the playwright: congratulations) as AI, James Wallwork as Ian, who becomes jealous when Al comes into Les’s life and wonderful performance by James Woolley and David Whitworth (Les and Terry), particularly when they are together and show the nuances of their crisp and sweet longtime friendship.

The set is carefully designed by Emily Megson and congratulations also to Jonathan Simpson for the beautiful lights and the solemn piano music that accompanies some scene changes and dramatic moments.

Lilies and sweets is a rare, funny, touching, thought-provoking, emotional piece of theatre that deserves a bigger stage.

It runs at the Pleasance Theatre until 16 February