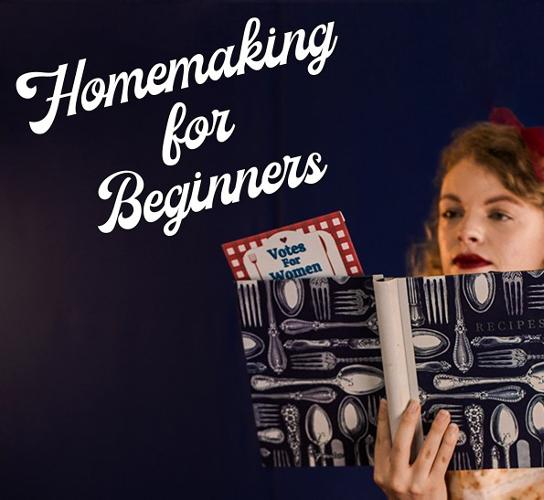 The Good Women presents us with a dynamic telling of twentieth-century Sweden and its determination to oppress women's suffrage. We learn that women in Sweden did not have a right to vote until 1971 through the story of Gertrud (Lena Liedl) and Lizzie (Faith McCune) and their cookery class. Their friends and family consist of Johanna (Sophie Mardsen) and Katharina (Murphee Thompson), the first woman to cast her vote, and her husband Paul (Jayant Singh). The narration features throughout in the form of Lilith (Abigail Stone), presumably aptly named to symbolise female passion and drive.

There is absolutely no doubt that the high concept of this piece is important, however, the execution of such an imperative feminist message is disappointing when the storylines are jumbled, the style confusing and the actors uninspired.

Teach don’t preach feels appropriate here as the naturalistic narrative of Gertrud and Lizzie gets lost in abstract waves of poetry and rallying. Ironically, the script is beautiful in parts, particularly a scene between Lilith and Paul where the rhythm and the intentions are in harmony. Yet this excerpt feels as though it does not match the rest of the play or perhaps it is the other way around.

The costume design is marvellously overzealous; attention to detail brings out the characters and the period but feels a little distracting.

As a woman, it particularly stings to watch a group of female creatives miss the mark when telling the exciting and gruelling stories of their ancestors because the intention and the heart are there. It is, however, thrilling to see the spirit in their eyes when they deliver the lines that strike a chord with them most. Their story is bubbling underneath and the chaos is begging to be earnt.