"A secret deal worth billions" 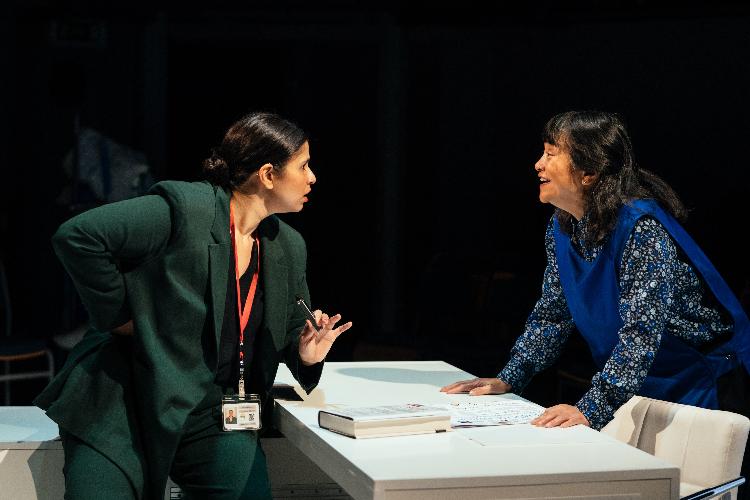 ‘Rice’ is a drama by Michele Lee, a Hmong-Australian playwright and is directed by Matthew Xia. The play explores the relationship between Nisha (Zainab Hasan) and Yvette (Sarah Lam): Nisha being a business woman at a Rice company and Yvette being the building’s cleaner.

The play opens with the two arguing over whose duty it is to put empty takeaway boxes in a bin. The fast-paced performances and the snappy script allow for some humour to fall through amongst enticing undertones of race. I was intrigued by where these conversations were going to go throughout the play and how their cultural differences but the similarity in quick-wit was going to pull these two women together.

Unfortunately, it’s easy to get quite lost after that point. Hasan and Lam multirole all the characters as the two journey to India to establish their Rice company, as they believe they will have better luck in India than in Australia. The white desk is a central prop to the various movements, sometimes being used as a car or a bed or of course, a desk. There’s uncertainty as to where each set change was and where it was changed to and couldn’t follow when the character changes were. Despite this, there were some enjoyable moments when the two characters were comedically texting, including Sarah Lam’s natural comedic timing.

Overall, from the opening scene, it was exciting to see how these cultural differences played out and what one would learn from two women’s stories of differing heritages and their relationship through that. However, the execution led the audience down a foggy avenue of incomprehension.

‘Rice’ will be running from the 9th October to 13th November at The Orange Tree Theatre.