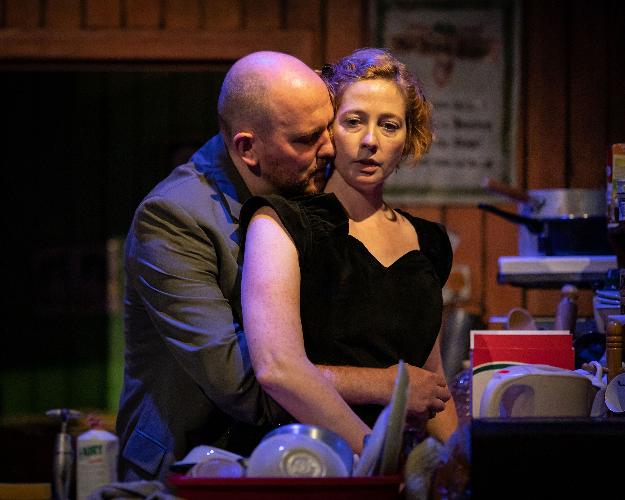 This 1996 Irish drama penned by Martin McDonagh, a co-production between Chichester Theatre Festival and Lyric Hammersmith, focuses on the static lives of a caretaking daughter and her manipulative mother. Yearning for change, for love, for an escape from her dreary village life in Leenane, Connemara, spinster Maureen latches onto the hope of a future beyond Ireland, in her one-night stand: Pato.

A strong ensemble of actors lifts what is otherwise a tired and predictable script. That said, its strength lies in its clever balance of dark, twisted humor and silly rural wisecracks. The audience laughed along enjoying themselves and the very specific comedy tied to the play's locale. Kwaku Fortune has a scene-stealing turn as Ray, the quintessentially juvenile messenger. Adam Best as Pato, in particular, stands out in his mastery of comedic timing and touching honesty. His rhythm, gaze, and silence are all fine-tuned and a sheer delight to witness.

Leading women Ingrid Craigie as the demanding and testing Mag alongside Orla Fitzgerald as an austere and burdened Maureen are well cast and strong in their roles. They are forced, however, to climb an uphill battle at the beginning of Act One as the script (and audience) slowly awaits the inciting incident. A fitting set design and strong costumes from Good Teeth Theatre provide an unmaintained home as the backdrop filled with cosy adorned characters. Both designs reveal that the better extent of these women's lives exists only within the limits of the living room.

This tragicomedy is a testament to the great lengths one goes in the name of love and/or out of the fear of being alone.