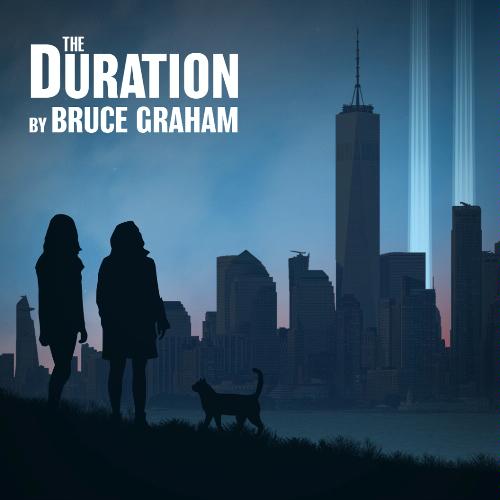 It was not known at the time what the lasting impact of the awful events of September  11th would be. But now, twenty years on from the tragedy, Bruce Graham’s play sets out to unpick the emotions an entire nation was feeling after the planes struck.

A family is grieving. Emma (Florence Roberts) has lost her twin brother, Eddie, in the attacks and we see her in group therapy sharing her thoughts. Roberts is captivating in these scenes, each one accompanied by a different snack. The pent up trauma and pain trying to get out are portrayed effortlessly. She is a woman that is fighting to keep going,  “the last thing I need is time to think,” she says. Her mother, Audrey (Sarah Finigan), has isolated herself in a cabin in rural Pennsylvania, unable and unwilling to be part of society.  In search of answers, she descends into a rabbit hole of conspiracy theories and guns,  with Finigan eloquently illustrating her decline into chaos.

Roberts and Finigan have an electric dynamic throughout the play that is captivating to watch. The naturalistic quick pace of Graham’s mother-daughter dialogue is a delight,  with several lines left suspended in the air, ignored and unanswered because they have strayed too close to the delicate subject of Eddie. I found myself leaning forward in these moments as the tension bubbled between them, supported by Joe Dine’s subtle yet effective sound design. Jason Wilson is excellent as Audrey’s aggressively nice and concerned colleague and holds his own against the mayhem that Audrey throws at him.

Graham’s writing also deals with the wider-reaching impacts of 9/11, such as the rise in racism, fear and directionless anger that is still a dominant force in 2021 America.  Audrey’s character shows how easy it is to become drawn in and captured by falsehoods in exchange for an explanation. There were moments when I found the writing to be a bit on the nose and meta, however, with characters asking what the impact of these events will be in twenty years. Those lines briefly broke the immersion of the piece but apart from that, I have nothing but praise for the text.

This is a piece that delivers on what it sets out to do. It is packed full of emotion, heart and humour and is tender as well as honest in its reflection of the grief people around the world felt. It takes a critical look at modern-day western culture to see how the events have altered our culture over the past twenty years and it is well worth a watch.

It runs until 26 September.