Dumbledore Is So Gay - Review - The Pleasance Theatre

A heartwarming and nostalgic play about coming of age, coming out and growing up with Harry Potter 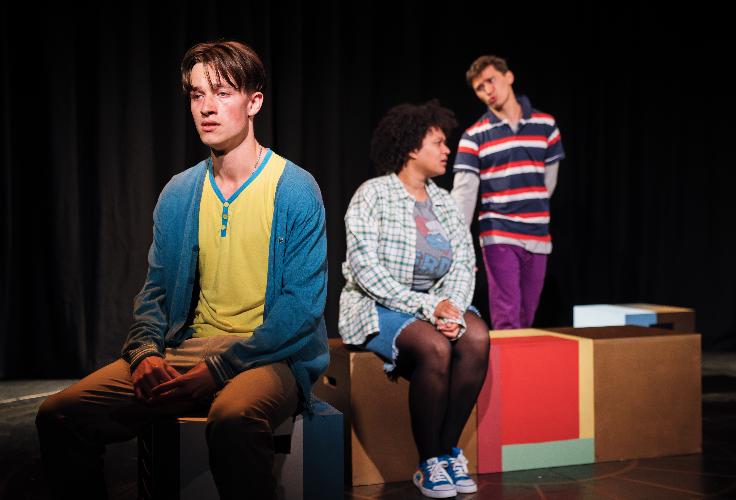 It ain’t easy being Jack. He got sorted into Hufflepuff using the official online quiz, hates studying French, and is in love with his best friend Ollie.

Dodging bullies, keeping secrets, and trying to get the guys is too much for Jack to take. So, he pulls out his trusty Time Turner and does it all over again. Maybe this time he’ll get into Gryffindor.

Dumbledore Is So Gay is a nostalgic hug to coming of age, coming out and growing up with Harry Potter.

The acclaimed original cast of Dumbledore Is So Gay reprises their roles in this acclaimed VAULT Festival sell-out production that returns to the stage at The Pleasance Theatre this September.

The play shines a light on the struggle of coming out when ‘gay’ was a playground insult. Dumbledore Is So Gay uses characters and images from JK Rowling’s world as both a comfort and source of strength, however, the true magic of the play comes from the determination of its young characters to right the wrongs of the past.

This play is pure optimism and humour where one cannot stop beaming during the 55 minutes that the show lasts. It is interesting how using references to Harry Potter can help both writer and director Robert Holtom and Tom Wright to tell the importance of love and resilience as well as to show how human beings have to go through the hardest struggles in life through a beautiful, powerful and very metaphorical script.

The play is witty, almost flawless to the point that one wishes it could be way longer to be able to travel back in time alongside its characters so we could also fix the toughest trials of the past. I guess that we can only trust that the future will be a much better option.

Extremely uplifting, Dumbledore is So Gay will touch and remain etched in the hearts of those who see it. Anyone who leaves the venue after the play knows that no matter what they are going through at the moment, these characters, and most importantly Harry Potter, got your back and you are perfect just the way you are.

It runs until 26 September. Tickets: here.