Closer Than Ever - Review (Online Streaming) 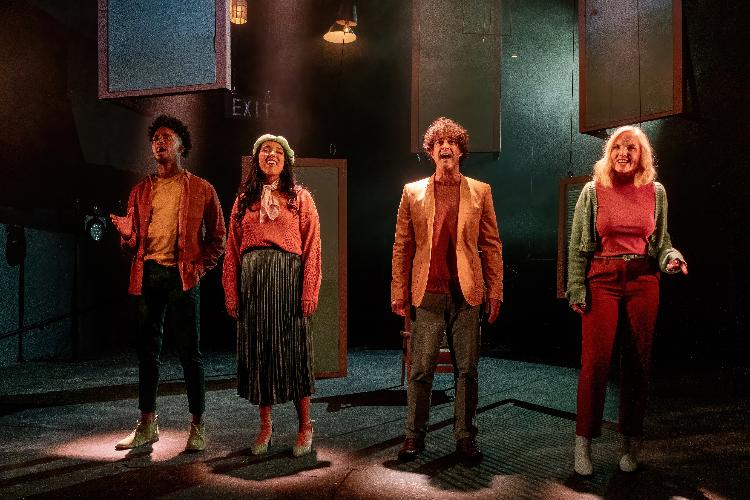 Let’s start out by saying that Closer Than Ever is a tricky beast to review; many of the elements upon which a critic relies to structure their piece simply are not present. There’s no plot, no action, a dearth of actual characters, zero dialogue, little by way of costumes, scenery and props, no overarching sense of dramatic conflict and resolution. What there is, is songs and plenty of them - some twenty plus. For this show is badged as a song cycle, though what distinguishes that from just a random collection of musical pieces is hard to define.

It seems (in this case anyway) to come down to mood, the examination of a theme - the ups and downs of relationships - and the fact that the writers are the same throughout. Back in the 1980s the team of Richard Maltby Jnr and David Shire collected together a set of otherwise unused pieces, added new writing and found themselves with a “bookless book musical” on their hands. It turned out to be award-winning and has now been revived by Ginger Quiff media as an online streamed show. Its new format suits it well.

There’s a musical theatre dream team of Kerry Ellis, Lee Mead, Grace Mouat and Dalton Harris who sing solo and in various combinations capturing a range of moods from the comic (“Miss Byrd”) to the sultry (“Back On Base”), from the reflective (“Fathers Of Fathers”) to the upbeat (“One Of The Good Guys”). Each get their moment in the spotlight with Kerry Ellis doing a stand out job on the Sondheim-like “The Bear, The Tiger, The Hamster And The Mole” and Dalton Harris knocking it out of the park every time he opens his mouth; his silky voice is a thing of beauty. Musical director Nick Barstow leads a small tight band of musicians and also gets to sing occasionally – again very well.

Perhaps best described as a revue, this pared-down stripped back musical consistently delivers with each succeeding piece turned into a mini-drama of its own. Featuring some impeccable performances and unfussy direction from Stacey Haynes and Maltby Jnr. himself, this is a show which suits the moment as we come back together after the horrors of the pandemic. And, as it’s a recorded stream, you’re at liberty to choose your own encore moments and replay any numbers which particularly take your fancy – and there are bound to be several of those.

Closer Than Ever is available on the Broadway HD platform.