If you love Tango, don't miss this one.. 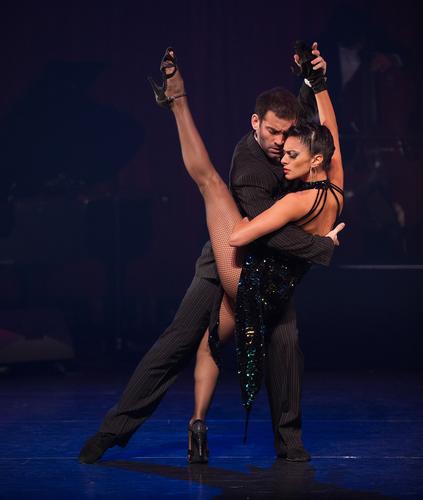 Tango is a dance, music and poetry that originated in Buenos Aires at the turn of the century, developing in the melting pot of cultures that was Buenos Aires – at that time a very poor city.

The music, the lyrics, the dancers' interpretation of Tango, and the sentiments it expresses point all to the word passion. Tango is passion.

Argentinean tango is a global phenomenon. Since its origin among immigrants from the slums of Buenos Aires and Montevideo, it has crossed and re-crossed many borders. And it is very much appreciated in London.

Every dancer shows a great energy and passion, with a faultless choreography: it is impossible not to be impressed by the perfection and the speed of the movements on the stage.

German’s previous production Tango after dark featured two great live singers, which were not present in this show, and as a result Tango fire has less emotional impact (also because of an unremarkable set)  with a feeling of repetitiveness.

Nevertheless, German Cornejo’s Tango Fire is a show that will be liked by tango veterans and neophytes.

Tango Fire runs at the Peacock until 16 February. Tickets here