Disney’s musical makes its debut in the West End 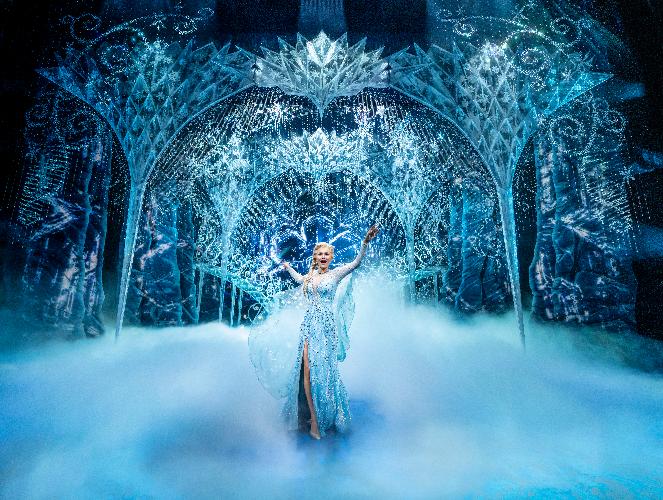 Frozen has become one of those worldwide phenomenons that it is quite impossible to escape from. Only three years after making its debut on Broadway it has finally made its way onto the West End stage to win the hearts of its British fans. For the first time in forever, the Theatre Royal Drury Lane reopens its doors, bringing Elsa and Anna's story to the stage in this heart-melting theatrical production.

With incredible special effects by Jeremy Chernick and stunning costumes and jaw-dropping scenery by Neil Austin and Christopher Oram as well as all the songs you know and love, this new production is already considered to be better than its Broadway predecessor. It undeniably becomes an unmissable experience that will stay with you long after the curtain falls.

Frozen is brought to the stage by an award-winning creative team, with direction by Tony and Olivier Award winner Michael Grandage and a book by Academy and BAFTA Award winner Jennifer Lee. Also, the show features the cherished songs from the original film alongside new songs by Grammy and Academy Award-winning writers Kristen Anderson-Lopez and Robert Lopez.

One of the most epic musical numbers happens before the end of act one and it is brought to you by our new ice queen of Arendelle Samantha Barks (Les Miserables), who, with also a breathtaking transformation of the entire stage, creates an unforgettable moment. Who truly stands out in this musical is both Stephanie McKeon as on-stage royal sibling Anna and Craig Gallivan as the rather charming snowman Olaf, who will steal hearts again in the same way they already did back when the film was released in 2013.

The London production features some new songs such as 'I Can't Lose You,' not originally featured in the Broadway show, alongside the heartbreaking 'Monster' and Elsa and Anna's proper duet in 'For The First Time In Forever,' which leaves more than one member of the audience in tears. All in all, the sets are epic, the magic is breathtaking and the songs sound better than ever.

From children dressed up as the main characters in the film to adults singing and dancing to their favourite songs, everyone inside of that auditorium is in heaven as everything they know and love is recreated before their eyes. The new Frozen musical does not only live up to the expectations but it leaves you wanting for more as it takes risks and goes beyond anything we have seen in musicals before.

It runs until 26 June. Tickets: here.