Our review of this musical comedy by New York City Theatre composer and lyricist, Michael Mott 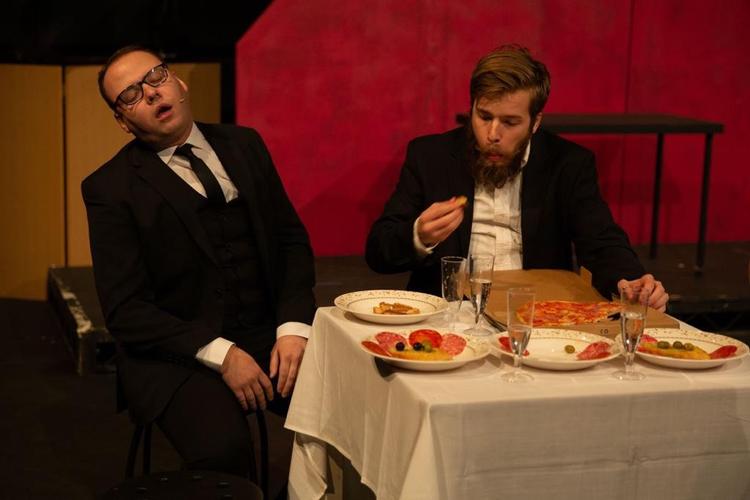 The world of mobsters is brought to the stage of London’s Cockpit Theatre in Mob Wife: A Mafia Comedy.

As the captain of the Staten Island mafia Tony Delbono (Oliver Britten) is busy - there’s just not enough hours in the day for some quality time with his wife Debra (Ashleigh Aston). But the seeds of doubt and deception are sown when a bouquet of flowers arrives at their house from another woman.

Any story about the mafia invites parallels and here the obvious one is The Sopranos. This may be reductive, but we're watching Tony and Carmela with songs and slapstick. It's funny in parts, largely thanks to the performance of Debra's best friend, Joanne Trevesani (Dru Stephenson). There’s a scene that takes place in a Chinese restaurant which is laugh out loud and memorable but there's nowhere near enough of this material to make for a pleasant two hours plus while we wait for Tony's secret to be unearthed.

I confess there were moments when I wanted to be put out of my misery, Soprano style.

And there were a few other gripes. Those in charge of the production could have done far more to absorb the audience into the mafia world. The wardrobe was hit and miss, with several members of the cast looking like insurance brokers or wedding guests, and I for one have never seen a mobster with a Shoreditch beard. The Staten Island accent slipped a few times, too - with Tony a notable culprit.

The band was on point and some of the singing was good, but occasionally the levels made it hard to make out the lyrics and therefore parts of the story were lost. It was also hard to escape thinking that the very good female singers were trying too hard to compensate for those around them.

It's early days for the production, and with a good trim, and the director fixing some of the flaws mentioned above, there's the makings of a fun night out - but for now your time might be better spent dusting down your old Sopranos boxsets.

The show runs until Saturday January 26.