Tomorrow May Be My Last - Review - Union Theatre 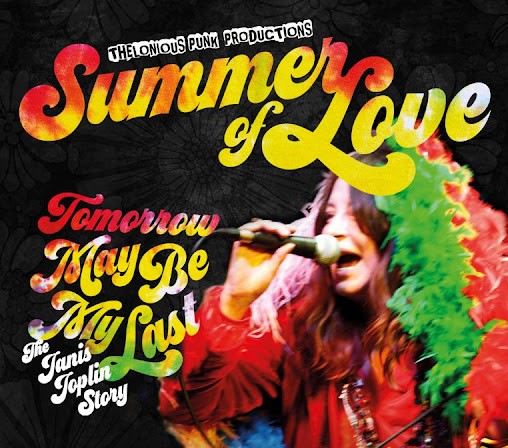 "On stage, I make love to twenty-five thousand people; and then I go home alone." – Janis Joplin.

To be honest, that is exactly how I felt when I finished watching Tomorrow May Be My Last, a music-driven play driven written by Collette Cooper based on the life of Janis Joplin. This immersive piece of theatre will transport you back to Woodstock, circa the 60s.

In an era of oppression, rebellion, evolution and enlightenment, this is the story of a small-town girl’s remarkable journey, from an adolescent outcast to a musical icon. The true essence of the legendary 1960’s rock star Janis Joplin’s is captured and channelled by the critically acclaimed, renowned singer-songwriter and actor Collette Cooper.

Set against the backdrop of a Woodstock-vibe music festival in the height of the Summer of Love, Tomorrow May Be My Last marks a key moment in Janis Joplin’s all too brief existence. This immersive production features all of Joplin’s greatest hits (alongside original material), performed by Cooper and co-directed by herself with award-winning director Niall Phillips.

One could say that Collette Cooper’s embodiment of the rock idol is up for the win but not even her charisma can save this show filled in with just a couple of actors, a simple set and many technical difficulties not to mention the number of rows with chairs accumulated in a very reduced space, which prevents you from having a proper view (and experience) of the show itself.

Tomorrow May Be My Last may have been advertised as one of the most immersive works of recent years, but it might have also worked better if it had taken the life of this deep and complex character a little more seriously. Even when Collette Cooper tries to make a great effort to interpret the best possible version of Joplin herself, I consider it is inappropriate to reduce the extraordinary life of this character to a total of 90 minutes in length.

When the play is over, one has gone through a rollercoaster ride of heightened emotions, ultimately resulting in the audience supposedly taking some of her magic with them in their hearts and souls when in reality it is all about discovering which number is the most awkward of them all. Long story short; there is a lack of soul and the show fails to shine as it originally intended to.

Janis Joplin might have been one of the most successful and widely known rock stars of her era, however, this music-driven play although it tries it also fails to shine. It doesn't pay the tribute this icon truly deserves. During the show, the protagonist complains of constantly hearing voices in her head, which she explores in her songs later on. There is a lot of shouting, that is true, but it does not make proper noise.

It runs until 28 August. Tickets here.