A musical tale of death on the Italian Riviera 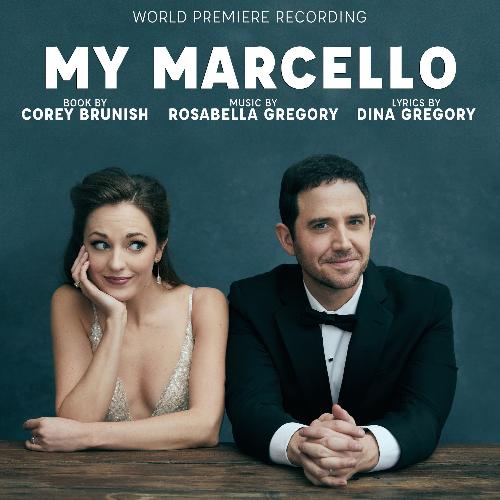 Described by its creators as a comedy romance about death, “My Marcello” is a new musical about the lengths people will go to for the ones they love.  Based on the 1997 movie “Roseanna’s Grave”, the musical tells the story of Marcello, a loving husband who promises his dying wife that she will be buried next to her daughter.  Simple enough, but the small Italian town is rapidly running short of burial plots, made worse by a recent circus disaster and various other factors causing the local death threat to spike.  Will Marcello be able to honour his dying wife’s wishes?

This new cast recording features Broadway favourites Santino Fontana (Frozen, Crazy Ex-Girlfriend, and recently Tony-Awarded for Tootsie), and Laura Osnes (Bandstand, Rodgers & Hammerstein’s Cinderella, and Bonnie & Clyde which she is set to revisit on the London stage in 2022 with former castmate Jeremy Jordan).  Both are in fine voice, sounding effortless as usual, with impressive Italian accents, and both are given a few moments to shine.  They are joined by fellow seasoned stage performers including Derek Klena (Anastasia), Robert Cuccioli (Jekyll & Hyde), Terence Mann (Priscilla – Queen Of The Desert) and Elizabeth Stanley (Jagged Little Pill).  The recording also features a hard-working ensemble who have great energy and seem to be having fun with the story.

Behind the score are the Gregory sisters, Rosabella (music) and Dina (lyrics), a UK-based creative duo.  The music effectively transports the listener to a quaint Italian town, and there are some lovely melodies sprinkled throughout the running time (notably in ‘Your Father’, ‘Our Story’ and ‘Sixteen’), although the stronger songs are all in the latter half of the piece.  The lyrics are also witty (especially in ‘Unexpected Freedom’, and ‘Rest In Peas’ warrants an extra star on the rating on its own, and may be the best song about keeping a body in the freezer that you’ve ever heard).

Some cast recordings work as standalone albums with no need to see the show.  “My Marcello” isn’t one of those; you won’t hear any of these songs performed in concerts, but it’s not that sort of a show.  These are more narrative-driven, and “My Marcello” feels more of a story supported by music, rather than a series of standalone songs.  It’s an “Amelie” rather than a “Hairspray”.  It could do with one or two more memorable “standout” numbers to warrant repeated listens, and to make it a more rewarding listen as an album in its own right.  As it stands, it’s ‘good’ rather than ‘great’, although the potential is there.

Like with any cast recording of an unseen show, it is difficult to follow the story completely from just the songs, but there is enough here to make the listener want more.  It’s an intriguing story for a musical, and it could have a unique charm on the stage if done well.

The album is available here.