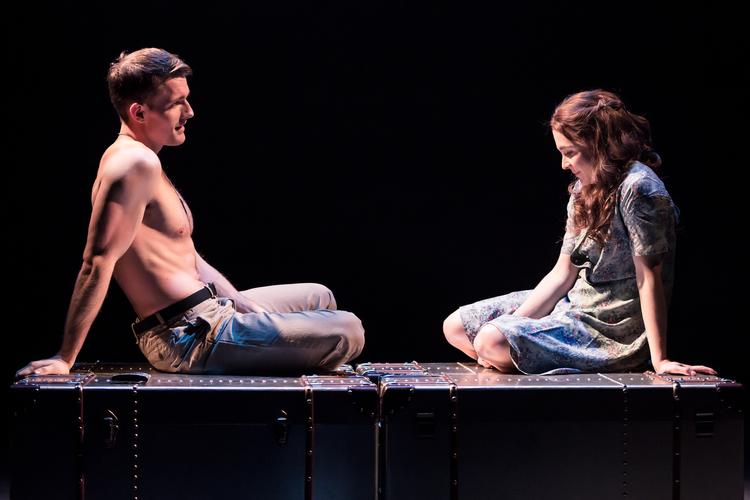 “You got to bet to win” Monty tells Violet, the hero of the play, during a hard-fought game of cards.

In the uncertain times of Brexit, Charing Cross Theatre Artistic Director Thom Southerland has placed a far-reaching bet on an interesting and international collaboration between the theatre and the Japanese director Shuntaro Fujita, and he has won indeed.

It is through this successful artistic collaboration that “Violet”, an American musical born off-Broadway in 1997 and consequently transferred to Broadway in 2014, has finally reached the UK.

It is the story of Violet (Kaisa Hammarlund), a young disfigured woman from North Carolina who embarks on a journey to Tulsa, Oklahoma, in 1964, in order to meet a preacher who seems to perform all kinds of miracles. She has seen him preach on tv and she deeply hopes that he’ll be able to make the scar that’s been making her feel different since she was a child magically disappear. So she boards a Greyhound bus - a famous low-rate long-distance covering transportation company- and starts an epic journey that will end up challenging her ideas of beauty, of healing and of love: especially through a special friendship and romance with two travelling soldiers whom she meets along the way.

The relationship with these two young men is at the heart of the plot: it is here in fact that the true healing of Violet happens. Both Flick (portrayed by a vocally impressive Jay Marsh) and Monty (confidently played by a very convincing Matthew Harvey) don’t seem intimidated by her outward looks and once they pierce through her defensive mechanisms they quickly start falling in love with her. We soon discover that Violet is not the only one to feel defined by her scar. Flick is a black man living and working in a very racist country, and he also feels crippled by the colour of his skin and by how people treat him. Monty is white and quite confident in his skin, but even here there are shadows and hurt in his heart which occasionally manifest themselves through strong sexist and homophobic behaviours. In their journey they will find and help each other grow, although one of them will have to go in the end, as the war in Vietnam calls for young forces - or victims.

The musical is skilfully directed by Shuntuaro Fujita, the set is cleverly designed in the round by Morgan Large, and most of the locations of the story, including the Greyhound bus on which most of the characters’ interactions happen, are brilliantly devised by the actors. The synergy of the ensemble is palpable and extremely pleasurable to watch. They swiftly transform themselves into new characters and the circling stage into new locations. It is seamless and very cleverly executed.

An interesting device used in the play is the travelling back in time to Violet’s childhood (Amy Mepham plays a beautiful young Violet), through the lovely tonal changes orchestrated by Lighting Designer Howard Hudson, which move from the warm hues of the Southern States to colder shades of blue to signal the distant memories in Violet’s mind and heart. In fact, while we travel across space towards a fake healing, we also travel in time to a truer healing, which is Violet’s coming to terms with the early loss of her mother and with her father’s part in the accident that changed her life.

The performances are all quite impressive, both vocally and acting-wise. Kaisa Hammarlund’s Violet successfully and energetically drives the show forward, there is never a moment of self-indulgence, of playing victim, she gives us a spunky Violet full of grit, inner power and resilience. Kenneth Avery Clark’s interpretation of the fanatic, con-preacher that Violet goes to meet is hilarious and a joy to watch, and the vocal performances delivered by Simbi Akande’s Lula and Angelica Allen as a Music Hall Singer truly shake the house and lighten up the story with their beautiful solos.

This is a well-executed musical and a satisfying story with an important truth at its heart: we are all scarred in one way or another, and we often need someone else to help us understand that there is nothing wrong with that and we are still worthy of love, that to not be “normal” is actually the most normal thing in life.

Interesting and touching is also the aesthetic choice of not trying to recreate a fake scar on the actress’ face prosthetically but to leave this to our imagination, as if to reinforce the undercurrent message that there is actually nothing wrong with Violet’s appearance. 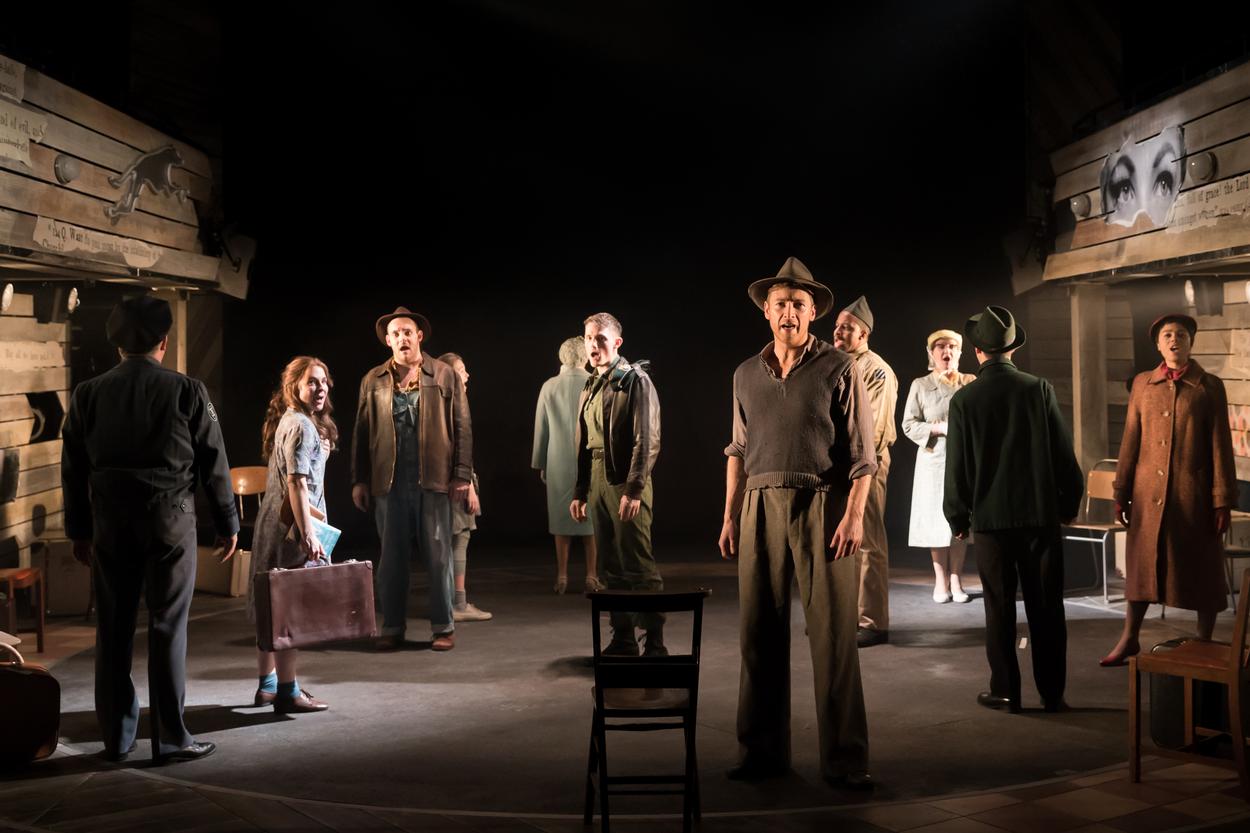 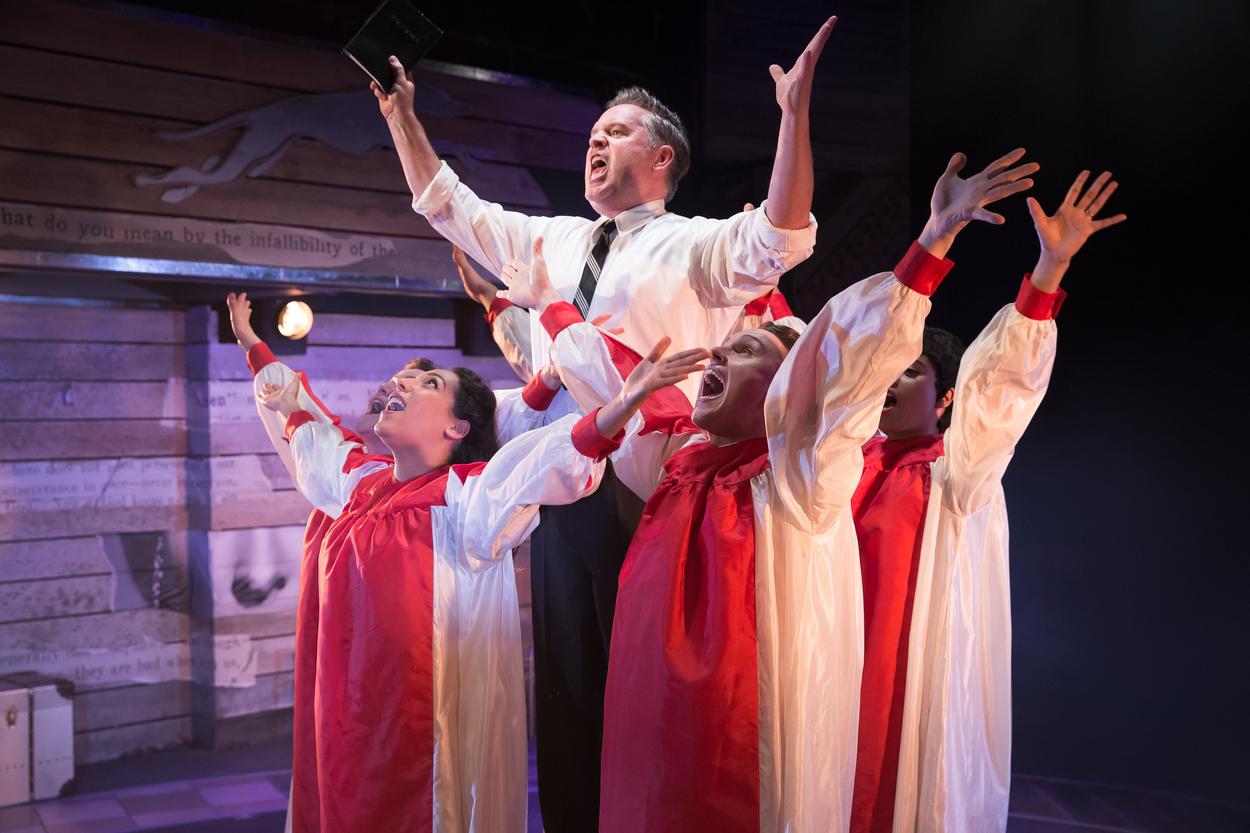