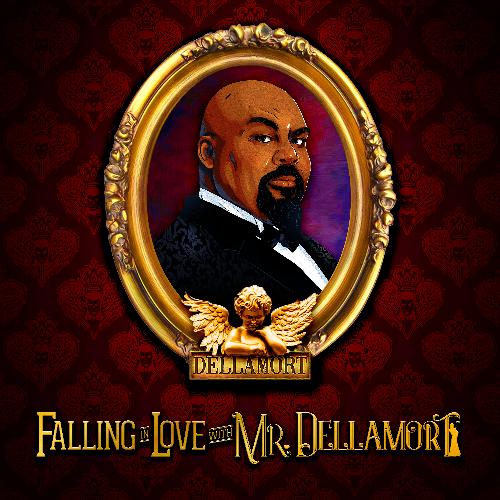 Falling in Love with Mr. Dellamort is a new musical by Jack Feldstein and Paul Doust. It was originally meant to be a stage production, but due to you-know-what, the team behind it was forced to change course and make it into a radio play instead.

The story is told in three acts and revolves around the enigmatic host of a guest house, Mr. Dellamort, who invites three seemingly random people to come and celebrate New Year’s with him. The name of the guest house is Maison Dellamort, and if you want any hints as to what the story is going to be about, you need only say the name out loud while remembering a bit of that French you were taught in school (if you took French, that is).

The musical opens with the catchy number, To Die For, sung by James Monroe Iglehart who plays Mr. Dellamort. Iglehart is probably best known for his Tony-winning performance as the Genie in Aladdin and later for taking over the dual role of Lafayette and Jefferson in Hamilton on Broadway. He is joined by a small but highly accomplished cast consisting of Courtney Reed (played princess Jasmine opposite Iglehart in Aladdin), Lena Hall (won a Tony for playing Yitzhak in Hedwig and the Angry Inch), Jackie Hoffman (multiple Broadway and off-Broadway credits), Telly Leung (played the titular role in the same production of Aladdin as Iglehart and Reed) and Gavin Lee as the narrator (he also has numerous Broadway and West End credits).

Despite a talented cast and the occasional catchy tune, it is hard to properly buy into this story and its characters. Perhaps it is the medium, or perhaps the music requires to be heard a few more times, but even factoring in the fact that this is not supposed to be a realistic story, it still needs more relatability. Some good songs do stand out, however. For example, the up-beat Open Your Eyes will have you tapping your foot within the first 30 seconds, and the previously mentioned To Die For is gloriously reprised for the finale.

It seems clear, that this show is going for a Rocky Horror-esque vibe. At least the ‘Antici—pation’ reference in the first act and how the opening number could have been sung by a slightly more polished Frankenfurter would imply as much. Unfortunately, it is just a bit too silly to be taken seriously but not silly enough to fall into the cult category.

Don’t let this discourage you, though. Sure, it is not the most enthralling story, and it could have done with half the amount of theremin, but with a well-known cast of excellent voices and a nice little twist towards the end, it is a quirky and non-committal listen for your next two-hour journey or to distract you from the tedious task of cleaning your flat.