An intense investigation into the continuing and unacceptable behaviours of sexual assault and harassment. 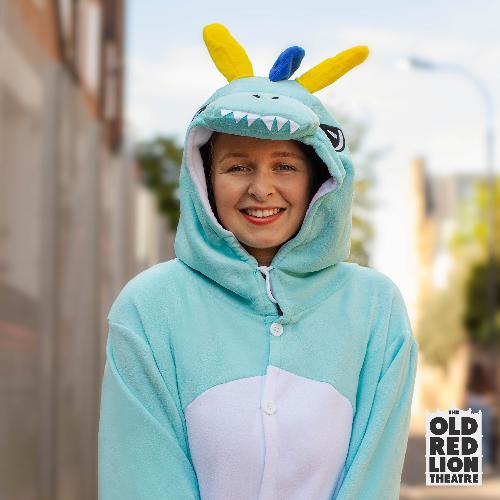 Written and performed by Charlotte Anne-Tilley, Almost Adult is a one-woman show exploring the struggles of London living post-university. Billed as a ‘hilarious yet heartbreaking comedy’, it is a story with some powerful moments.

Directed by Beth Wilson, the piece tries to create numerous ‘scene changes’ through the minimal lighting rig and contemporary pop songs, combined with some interesting choreography perhaps intended for comic effect. Anne-Tilley’s direct narration to the small audience is brave and impressive but clearly very nervous as seen by some stumbles across words as we are perhaps a little too close to the stage for comfort.

Anne-Tilley’s work on alternate characters such as an encounter with her parents is well executed with clear accent and physical endowments which give a clear platform for the story to unfold. Some of these accents are perhaps slightly challenging but her commitment to each individual pays off and serves the story. Her vocal energy as ‘herself’ is slightly limited and speech patterns get slightly stuck in monotonous downward inflexions undermining the connection to the text and the text itself.

The story itself is poignant, in particular, the comment on consistent sexual harassment and assault post the ‘me too movement’. It is too easy to think that something is not a problem or as big a problem when it is no longer in the public eye. Anne-Tilley’s story vaguely supports this notion but really it focuses on an experience of a predator in the workplace and the endless struggle to have her voice heard.

Tilley’s performance is honest and vulnerable, an impressive feat to expose a story so personal. However, billed as an ‘unmissable comedy’ is far from the performance and story given. The moments of light amongst the shade are far and few between and the awkward response from the audience is clear; you can hear a pin drop for the entirety of the play. Tilley’s attempts at creating humour fall short.

It's great to have a platform for new writing and I encourage anyone interested in an intense investigation into the continuing and unacceptable behaviours of sexual assault and harassment to watch Tilley’s Almost Adult.

It runs until 15 August.