The classic nautical musical returns at the Barbican 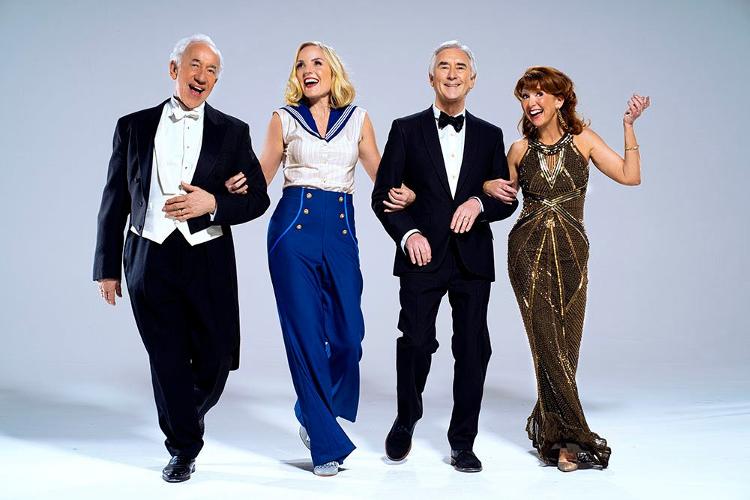 Talk of the town, ‘Anything Goes’ is an absolute delight! This 1934 classic written by Cole Porter is everything that you want in a musical, with a top tier cast, intricate costume detailing and the most impressive dance sequences, this truly isn’t to be missed.

The story transports us on a cruise from London to New York with many antics onboard involving a broker, Billy Crocker, who tries to win over the love of his life Hope, a young debutante, from her noble fiancé, all with the help from gangsters and the evangelist Reno Sweeney. The show contains the classics we all know and love: You’re the Top; It’s De-Lovely and Blow Gabriel Blow (which will blow you away!)

You can’t talk about Anything Goes without mentioning Sutton Foster. Reprising her Tony award-winning performance and making her West End debut Foster’s performance is unmatched. Let’s just say there is a reason that she won the Tony Award in 2011 for Best Actress in a Musical – it’s a standout performance and for her to do it 10 years later with the same pizzazz as 10 years ago no surprises if an Olivier award nominee is coming her way. Her irresistible charm and humour and not to mention her incredible tap dancing, had the audience rising to their feet multiple times throughout the show. Alongside the Broadway phenomenon was a star-studded cast with Robert Lindsay, Felicity Kendall both bringing the most electric energy to the characters of Moonface Martin and Mrs Evangeline Harcourt.

The show is a must-watch to get audiences back in the theatre. It’s glamourous, funny, and feel-good, despite the tiniest bit of cringe (the good kind!) the all-out American musical is flawless. The crowds have loved it every night, the anticipation of this musical should be enough to book a ticket, with tickets booking fast – Do not miss out! It’s a must-watch so go on and have a look at this de-lovely show!

Booking here to 31st of October.