A jaw-dropping show of magic and illusion 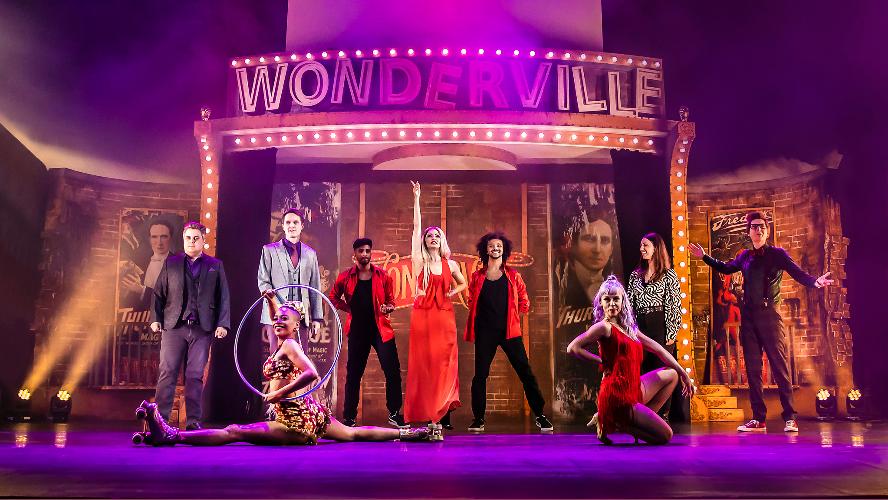 The Variety Show has always had an amazing history in British entertainment. From the huge impact that Britain’s Got Talent has made on society, to the history of the Royal Variety Show. Even going back through history, variety performances have been prevalent from the rise of Circus, and for as long as there have been variety shows, Magic has always been a part of them.

Making its magical appearance into the West End, Wonderville makes its way into the Palace Theatre, and into the hearts of the audience. With a variety of different acts including magic, mind reading and Hula Hooping. As with all variety shows, some acts were more entertaining than others, however, that didn’t detract from the overall entertainment of the evening.

There were some very notable highlights of the show. Both of the guest acts, Kat Hudson and Emily England, really created a unique and enjoyable performance that drew the audience onto the edge of their seats. Likewise, the comedy and energy brought to the stage by Young & Strange were fantastic, especially their 80’s Stage Magic extravaganza.

However, Chris Cox was the most exciting and enjoyable act of the evening. His high energy over-the-top acts were the driving force of the show, and the show without him would not be the success it is. Chris Cox is Wonderville.

Wonderville is a fantastic night out for all the family, and in a time where the theatre industry has had such an uncertain future, it is nice to finally have a little magic in the heart of London.