A tragicomic exploration of addiction, loneliness and family trauma 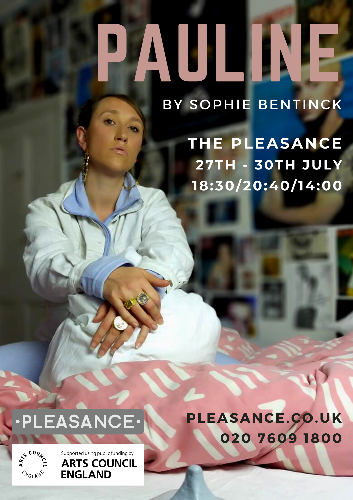 Every family has its dark secrets, disjointed memories, and flaws. Many of the nostalgic photographs and hand-me-down stories from generation to generation tell a different tale to the reality of the life once led. Pauline was one of these stories told by her granddaughter Sophie Bentick.

Sophie struggles with her Mother’s loss of memory and changes taking place in her life. Now isn’t the best time to try and discuss her Grandmothers life with her as she attempts to put on a play embracing her Grandmothers life. Instead, the journey takes her to a suicide letter with an unexpected unhappy reality into how Pauline was treated.

The heartfelt poignancy throughout the production as Sophie's grandmother's diaries are read out delivers a sad and lonely tale of a glamorous aristocratic lady, who on the surface appeared to have it all. Her husband Henry was having a long-term affair and spent days absent from his wife. Sending her deeper into despair. A life that appears to have been endured rather than lived.

Being a long-distance relationship to the Queen saves Sophie in one of the many funny tales she shares with the audience where she is caught taking drugs at a rave in America. Impressed with her lineage the officers let her off without further action and escort her back. Dealing with her addictions, loss of self-worth, an abusive relationship which left her with a not so pleasant reminder of him and struggling to find her own identity in the world. Sophie’s charismatic charm carries you through her experiences with laughter and integrity.

Fringe Theatre offers the platform to allow creatives to share personal experiences and memories in an intimate setting in which you feel some of their trauma and pain. Pauline left a lasting impression on me.