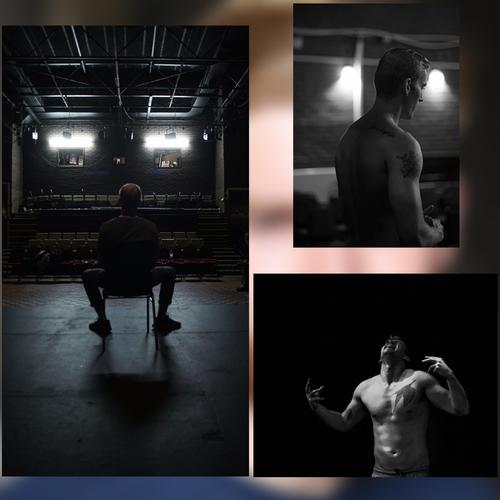 Ryan is the smartest kid in his classroom. He loves to talk about astronomy and solar system with one of the girls in the classroom, and most of all he loves her!

Nevertheless, she chooses the other one...the big guy with muscles who is more popular than him. This changes his focus. The idea to get bigger, to have an amazing body becomes a dangerous obsession.

Month after month, he starts spending all his free time working out in the garage of his house. Nothing else matters:  family business (he used to work with his father after school), friends, even girls don’t mean anything anymore. And when he finds a girl who tries to look through his obsession, he gets scared because his body is “just 80%” of perfection, so he has to work out more and more. He is unable to look at his amazing body. He can only see what he has not achieved jet. He runs away from her, and he becomes totally isolated.

Written and performed by Christopher Wollaton, Brawn is a one-man 50 minutes examination into what would be called muscle dysmorphia. He is obsessed about being too small, weak, or undeveloped. Even if he is very strong and has healthy muscle mass – and we can see that because he performs the play bare chest- he strongly believes to be inadequate in size. It’s a form of mental illness that is more common than we think, and it is well developed in Christopher’s strong and convincing monologue.

It would be great and interesting to see this monologue developed into a full play.

It runs until 19 January

Log in
to use Ginger
Limited mode
the other the
×