Our farewell to Kinky Boots 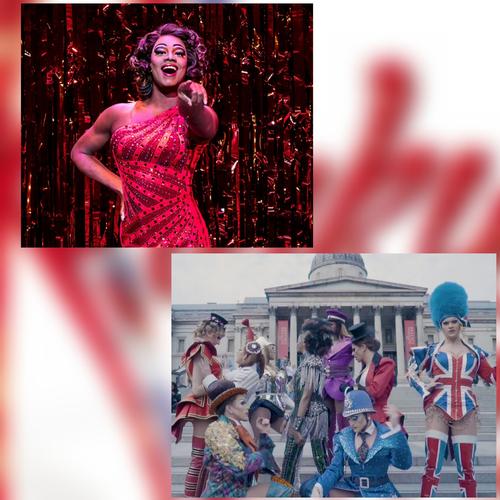 Yesterday, we said goodbye to Kinky Boots,  that opened at the Adelphi Theatre in 2015.

After celebrating its third birthday in the West End in September, Kinky Boots has also embarked on an extensive UK tour from autumn 2018 through 2019.

Our last night at the show was an emotional one (and our third visit). We saw different casts each time and this one was as excellent as the others were.

For those who don’t know it, it is the story of Charlie Price (Oliver Tompsett). Having inherited a shoe factory from his father, Charlie forms an unlikely partnership with cabaret performer and drag queen Lola (Simon-Anthony Rhoden) to produce a line of high-heeled boots and save the business. In the process, Charlie and Lola discover that they are not so different.

Why did we love Kinky Boots so much? Well, Cyndi Lauper’s music is excellent. This is probably the most important thing when we talk about musicals.

But there is more: the message. Accept the others, and accept yourself. Lola and Charlie both understand they are not what their fathers wanted them to be. There cannot be acceptance of the others if we haven’t fully accepted who we are, our past and our present.

When Don (Sean Needham) changes his mind about Lola, his whole world changes. For the better.

Kinky Boots is, also, a drag queen-centric musical. Lola is manfully supported on stage every night by a chorus of drag performers, “Lola’s Angels”. Much of the color, glitter, and glamour of Kinky Boots can be attributed to the dazzling performances of the Angels: Daniel Downing (who ends up in the Union Jack dress and hat – I love them!), Jed Berry, Jak Allen-Anderson, Louis Clarke-Clare, Tom Scanlon and Jemal Felix.

Congratulations to each member of the cast, to all the people involved in bringing such a new, different and fresh show to us. The West End will no longer be the same without you.