One hour of joy for all ages 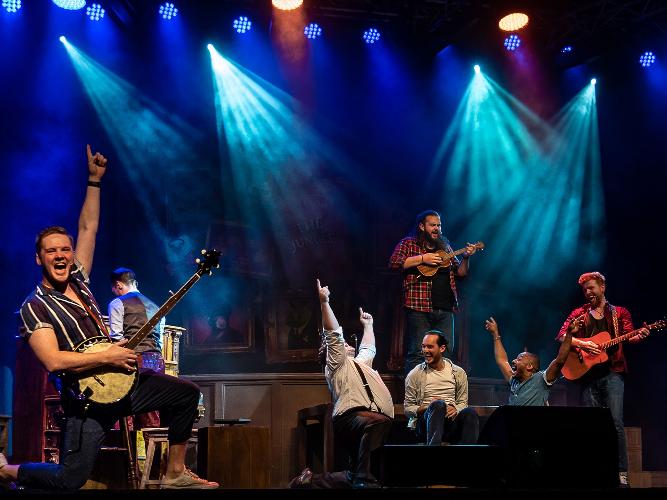 Nine guys. A pub. Singing and dancing at its best: The Choir of Man are ready to entertain London for the summer.

The show is set in a pub, with a real working bar, and every member of the audience is offered a pint of beer, so, if you like to drink, this is already a good start.

After the alcohol and the introductions, the night starts and the talented and charming guys will have the whole audience singing along, dancing on their feet by the end of the show.

An eclectic choice of songs, from Adele’s “Hello” to “The Impossible dream”, from Sia’s “Chandelier” to the irresistible Pina Colada song: beautiful solos but also incredible harmonies, nine voices which blend perfectly.

The Choir of Man is billed as the ‘ultimate feel-good show’, but the truth is that is such a fun, heart-warming and hilarious show, that I left the theatre not feeling good, but great.

Give support to these guys. They deserve it.

The show runs at London Wonderground until 5 September. Tickets: here.