30 years since the original production opened, Aspects of love is back at Southwark Playhouse 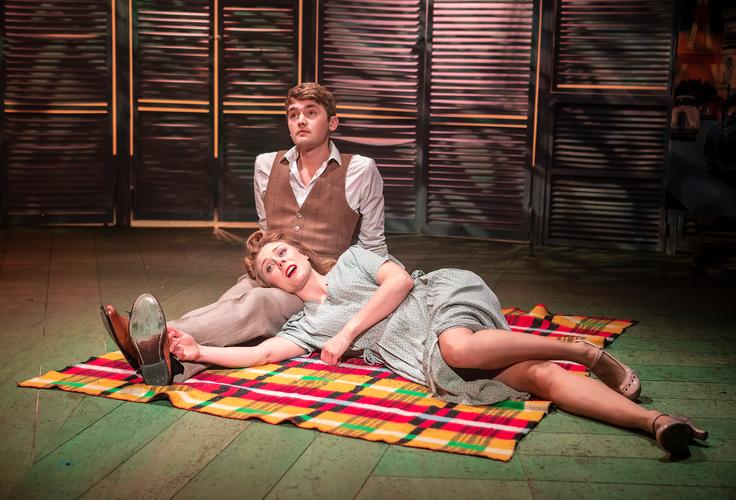 “Alex falls in love with the alluring actress, Rose Vibert. Following a little persuasion, Rose joins Alex at his Uncle’s villa. As the pair embarks on a steamy, passionate affair, the unexpected arrival of Uncle George changes all their lives – and those around them – forever.”

This novella influenced musical is being directed by Jonathan O’Boyle and he has taken a risk by stripping this show right back to its roots.

Working alongside a limited staging area and a 10-person cast, O’Boyle has decided to take this 34 scene show and direct the entire production around one single set design.

Famously known 11 o'clock number ‘Love Change’s Everything’ opened the stage show at a 7.30pm start, then had repetitive episodes of ‘reprise’ throughout until the bittersweet end. This introduced us to the lead male Felix Mosse (Alex) who was left center stage. His strong vibrato and diction made him appealing to listen to from the very start. This also helped the audience see his vocal range bloom and successfully carry out the expectations of Musical Director, Richard Bates.

Three lots of cornflower blue shutters were to be the whole base set design along with a piano upstage right. Jason Denvir’s wall design was extremely eye-catching, especially when the lighting had its chance to shine! Many colours shone brightly both through and behind the shutters including the breathtaking, warm glow of a sunset.

Each lead actor has to portray a range of ages across the 17-year period that this show is focused around within their lives. Jerome Pradon (George) projected an outstanding performance as he used an excellent range from his skill set in order to allow the audience to see his transition through the ages. Kelly Price (Rose) however, led though the same journey, but didn’t have much of a visual adaption to her role. You could see that unlike George’s visual growth, Rose changed more through her attitude and actions as opposed to her physicality.

Alongside the original Manchester casting Madalena Alberto (Giulietta) joined them at Southwark Playhouse to take on the caring yet flirtatious and daring ‘other woman.’ Her vocals were stunning and refreshing especially in numbers such as: Stop. Wait. Please and There Is More To Love.

The action takes place in both France and Italy. A tall pained canvas gets continually reversed to discover their location, whether it be Paris or Venice. A separate canvas stood on the back wall stating ‘PAU’ which is where George’s house is allocated and due to its constant recurrence, it was there throughout the show.

Although they aren’t very consistent in this production, the ensemble stood out to be excessively essential, especially for the scene changes. Each of the minor characters took on an ensemble role and helped to transport us through time by changing around the props. To begin with, this wasn’t noticeable as they were doing it in character and their body language reflected on the scene beforehand regarding the tension in their bodies. As the show went on, they became more visible to the eye as they were repeating the same movements... step, step, glide, pirouette. It was persistent, however it did get boring.

Richard Bates, Musical Director has outdone himself as he told the story though two pianos and one percussion. Simply Outstanding. This original orchestration has been massively reduced and it surprisingly worked. This show is worth watching just to witness the talents of Richard Bates, Tom Chippendale and Jess Clarke.

Overall, the show was incredible and the scene’s that ultimately stood out were: A Circus in Paris, Outside the Circus and The Vineyards at Pau.

Lloyd Webber’s original production has met its match and to say it has been done on a minute scale compared to the other versions, Jonathan O’Boyle has set the standards high!

Aspects of love runs until 9 February 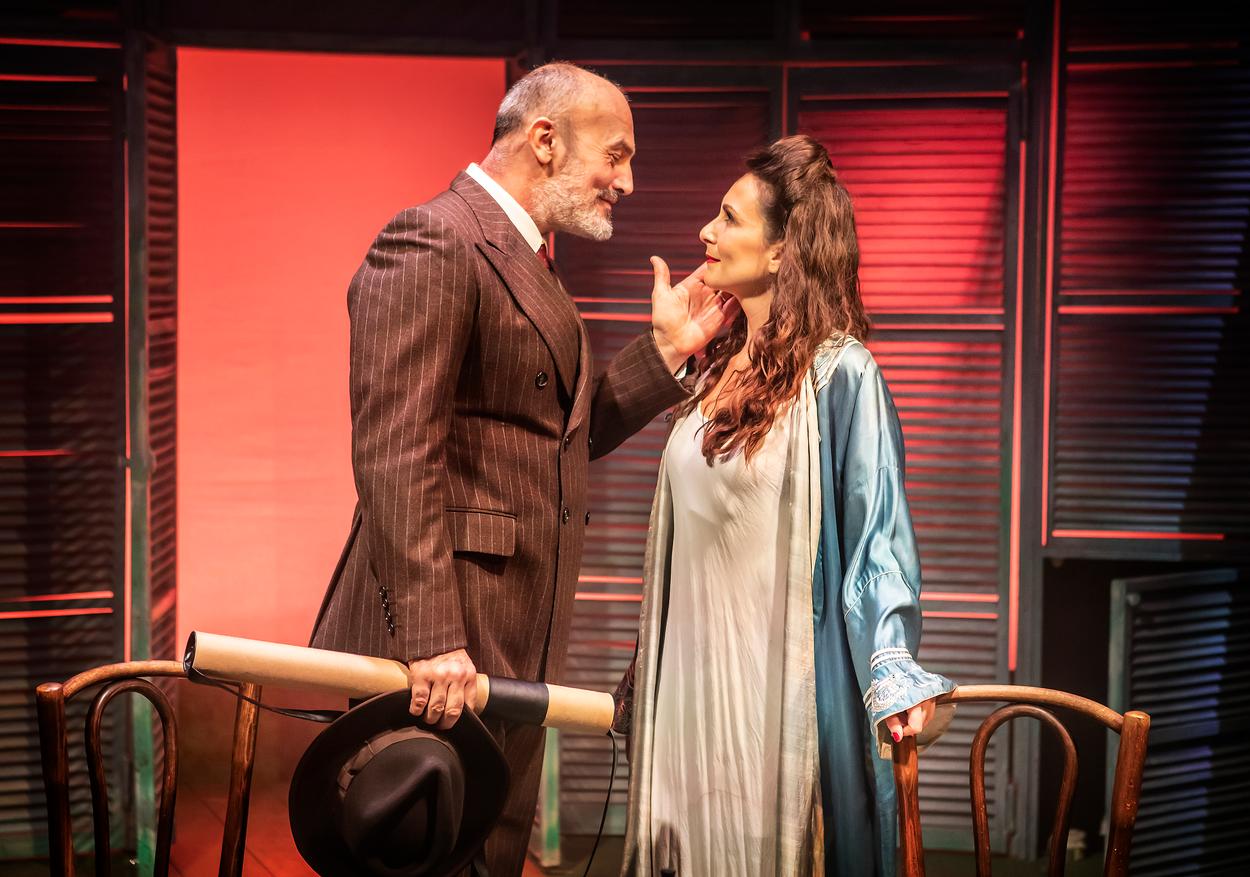