In Conversation with Graham Norton – Review – The Hope Theatre

"I'm never going to know for certain that I am gay" 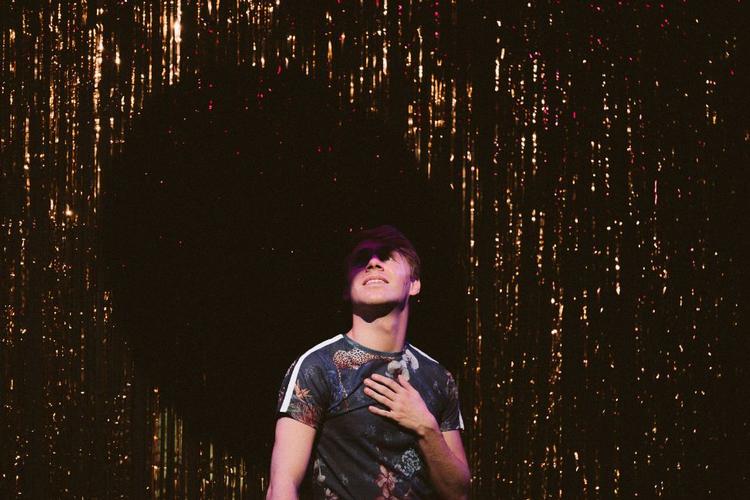 Mental health and sexuality are a couple of topics highly explored by theatre nowadays.

In conversation with Graham Norton is another show that tries to give us a snapshot of them, focusing on the 17 years old Mark (Jay Parsons) who decides to virtually open his heart to the famous presenter and actor. An invisible listener.

Life is tough for Mark. He has a difficult relationship with his parents. His twin sister hates him. He is bullied at school because he is gay. He is attracted to handsome men on the tube and he dreams that one day, one of them will invite him out for a dinner, and for a dance. But he knows this will not happen, because he is worthless. Or, at least, this is what he thinks.

So, he signs up to a web group of teenagers like him.

But there is a deep sadness behind the laughter. A deep loneliness. A desperation.

About 80% of the population have a social media profile. They have probably been created to connect people, but recent studies link them to depression, anxiety, low self-esteem, poor sleep hygiene, isolation. All things that bring the individual to spend more time on the internet. It's a catch-22 situation.

The truth is that loneliness is of epidemic proportions.  But how can you feel disconnected from others when you are able to be constantly connected through social media? The answer is complicated, especially for those who suffer from mental health issues.

The show doesn't go fully into the complexity of the issue – it would not be possible – but describes in a candid, fresh, honest and simple way how difficult being gay could be and feeling alone in a world where a "like" is more important than a talk.

It runs until 26 January