FRIEND (The One With Gunther) - Review (Online Streaming)

The One Where Gunther Took Over 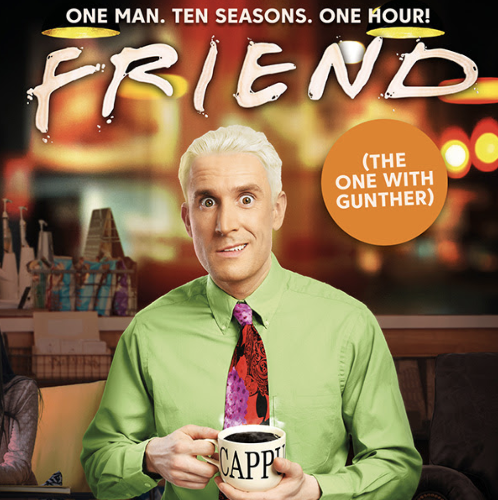 Charismatically introduced by Brendan Murphy, the actor in the titular role, we settle down to a cup of Joe and relieve ten seasons of Friends, taking in trips to the hairdressers for the Rachel cut, heading to Yemen via Humid Hair in Barbados.  But did you know that Friends was based on a true story…

Incorporating audience interaction, songs, a dance that a brother and sister combo may have performed, parodies of famous musicals and plenty of laughs, we join Gunther who outside of the six main cast members, is the most utilised character appearing in over 100 episodes.

The Boy With The Sunshine Hair is full of vitality; taking on various guises and bursting into song at the most opportune moment.  The thing that struck me the most was the ease in which every scenario or scene from Friends was majestically interwoven.

OH MY GAWD. This is one that will definitely be there for you.

You can watch the show until Sunday 25 July here.