An immersive show to take us back to 1940s 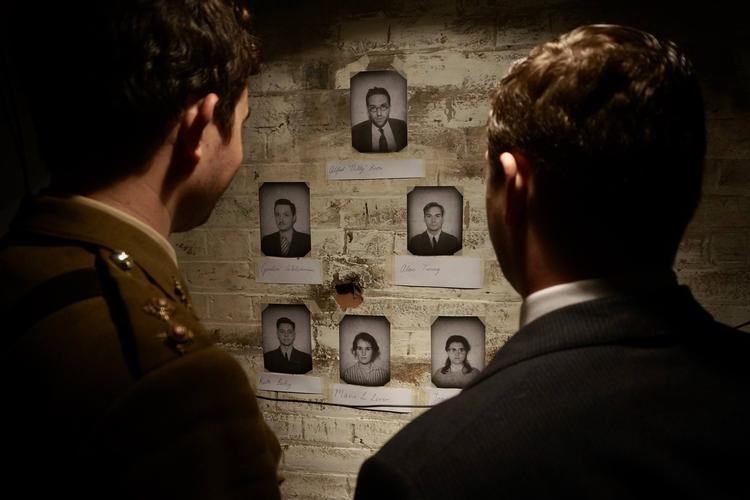 Bletchley Park dealt in Secrets. It is the people behind those secrets that helped to ensure victory in World War 2. There probably isn’t a person around that hasn’t heard of Alan Turing, or at least the Enigma machine and the codebreakers. Illicit Signals Bletchley is an evening like no other. It takes the historical truth and introduces an audience into the world of Bletchley Park and to the lives of the real code breakers.

Illicit Signals Bletchley is a fully immersive, interactive production by Mechanical Thought. The sheer level of detail that has gone into the creation of this piece of theatre is astounding. Each performance is split into sections, however the audience only experiences one section, being split into different teams, before getting almost free reign to choose your own path through the evening’s entertainment. If you want to walk in on a personal conversation, you can walk in on a personal conversation. If you want to spy on an interview, you can sit in the back of the room and listen in. From every direction, you can hear arguments, conversations, doors slamming, people walking from room to room; you never know what is going to happen next for your entertainment.

You become the code breakers. You get involved in the lives of the heroic members of Bletchley Park. Every aspect of the performance is played with such beauty and compassion, it gives the audience the feeling that they know the characters personally leaving the audience trying to comfort them at serious moments, laugh along at genuine comedy and feel a part of a team.

There is nothing about Illicit Signals Bletchley that can be faulted. From the moment you arrive at your destination and are welcomed through the door, you are transported to 1940’s Wartime England and what wonderful people you will meet there.

Illicit Signals Bletchley is a beautiful combination of Theatre and Escape Room. It is quite simply perfection.

It runs until 26th January