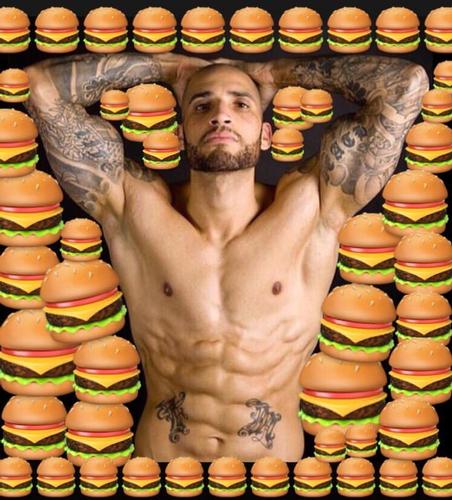 Chloe (Alexandra Sinclair) shares her apartment with her flatmate Laura (Sarah-Stephanie Skjoldevik, who writes and directs the play), and her bed with the many men she finds in bars or on social media.

She is not looking for love, but rather driven by a strong appetite to have fun. And for a good looking girl it is not hard to find guys to sleep with.

Throughout the play we are led to question this 'fun' motive in a series of sessions with Chloe's therapist (Jennifer Preston). Slowly revealing past traumas that have led her to become sex driven and unable to say 'NO`.

So we meet a parade of men: Man (Aidan O'Callaghan), who thinks Chloe is a prostitute and leaves behind a bundle of cash. Married (Justas Valinskas), who shares the same therapist as Chloe, doesn't love his wife so sleeps with Chloe. Lover (James Merril), a depressed man who falls in love with her, Slave (Marco di Tieri) and his fetishism and Prince (Louis James Cardona), who tries to help Chloe when things go in the wrong direction.

Being a show of 60 minutes, it is clear that all those characters don't have the space they deserve: they come in quick succession depriving us of getting to know them (and we would like to).

The transitions between the different scenes could have been smoother and some important topics like sexual abuse and rape need to be better explained and explored.

Nevertheless, Naked with burger or man is a lot of fun. It is a dark comedy with hilarious and intelligent dialogues. The audience laughs out loud throughout the show, even if the message that sex is not the answer and can actually damage us and people around us is quite tough.

But in this we can see the cleverness of this brilliant show. No matter how dark the topics are, Sara-Stephanie is able to transform the darkness into laughs.  This show has a big potential, and with more time and character's development, I am sure I will be able to leave the theatre not craving for a burger, or a man.

The show runs until 5 January