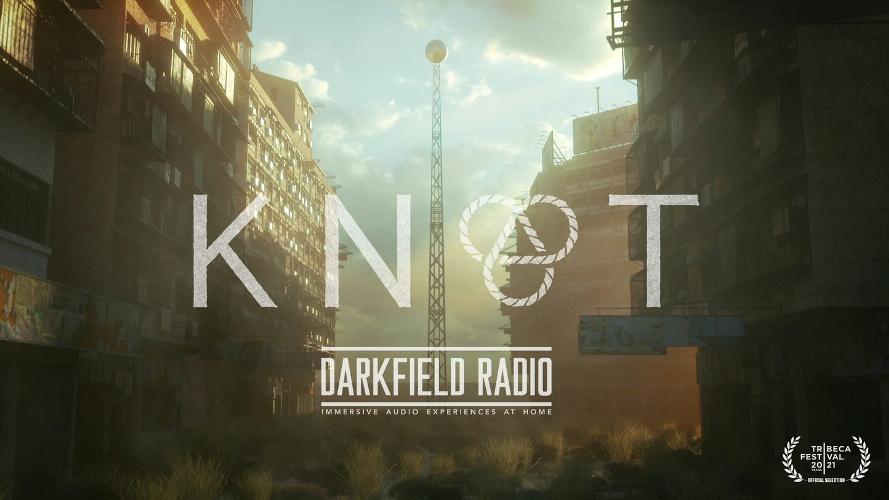 Binaural immersive audio supremos Darkfield have a new three part play which requires the listener to be at a specified (though general) location at a certain time. Thus it was that at 2.00pm yesterday I found myself sitting on a park bench, eyes firmly closed as instructed, for the first part of Knot. A woman sits next to you and talks about what is happening in their life. This is far from clear but seems to involve a box, a meeting and a sense of foreboding. The dialogue is punctuated by other minor incidents (a child’s voice, bicycles passing) all of which seem natural to the location but which have significance – mentally store these away for later. At the end of the section a car pulls up and you are firmly asked to get in.

This was my cue to relocate for part two which had me sitting in the front passenger seat of my car. You are taken on “a journey” with two men. They too are obsessed with a box (THE box) but don’t seem too sure whether they have yet picked it up or not and whether they are on the way to a meeting or on their way from a meeting. Part three occurs in “the largest room in your house” in a circle formed for a discussion. This is the oft mentioned meeting though soon it turns into a bizarre ritual with participants intoning apparently significant phrases (which goes on for far too long) as the drama comes to a conclusion.

Except that it doesn’t – the clue as to why is in the title. A knot is an intricate shape with no discernible beginning and end which loops backwards and forwards through itself to become an apparently systematic tangle. That’s what we have in this play. It is difficult to say what Glen Neath’s script is all about as it forms an apparently random, though in fact intricately plotted experience which still borders on the plain silly; so, my advice is not to try. Concentrate instead on the actual experience which is thoroughly enjoyable. David Rosenberg’s sound design is superb with lashings of intricate detail which enhance the aural dimension of the chosen locations; the rain supposedly falling on the car roof top had me taking a sneaky peek to see if the weather had actually turned. And the placement of the voices through the use of binaural sound can be shiver inducing. In the end, though - not that there is one – you will almost certainly be baffled. And I suspect that is exactly the outcome which Darkfield is aiming for.

Knot is available for a month on Darkfield’s website