The Distance You Have Come - Review - Apollo Theatre 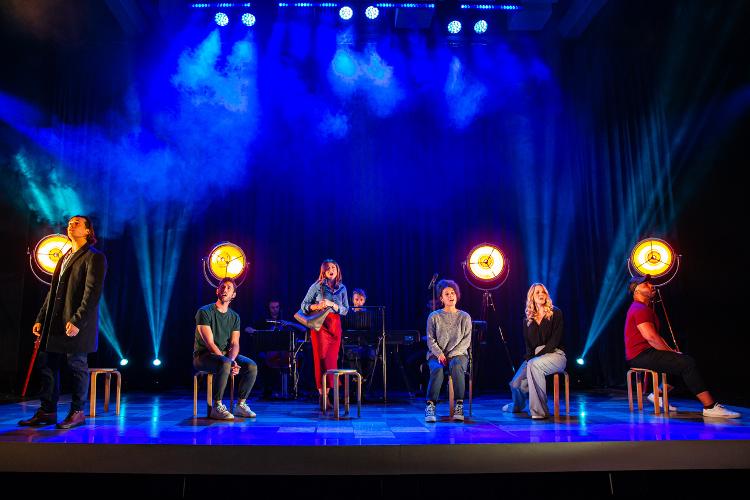 Scott Alan’s song cycle The Distance You Have Come is a revival of the 2018 production, first performed at The Cockpit Theatre. Working through lockdown to get the production ready for its debut West End performance meant that Alan was not able to travel to the UK, which meant relying on Zoom meetings and WhatsApp conversations to keep him up to date and involved in his original work. From this evening’s performance, this has proved to be a huge success.

The emotional rollercoasters experienced by the cast of six are universally relatable. Gender, same-sex couples or age do not particularly matter as anyone watching this production will be able to see something of their own personal life within one or more of the characters, allowing the story to reach every audience member as we experience what it is like to be human.

Director Kirk Jameson along with lighting designer Andrew Ellis bring the Apollo to life with this extremely touching production; the musical score and storyline flow perfectly, evoking emotions and taking the audience on each character’s personal journey. I felt each character was well rounded and their story developed with enough depth not to leave us with loose ends.

The energy and power brought to the stage by this extremely talented ensemble felt like they had never been away. It is such a pleasure to be part of the Theatre’s reopening and having the experience of live performances once again.