Circus and Christmas: a good match 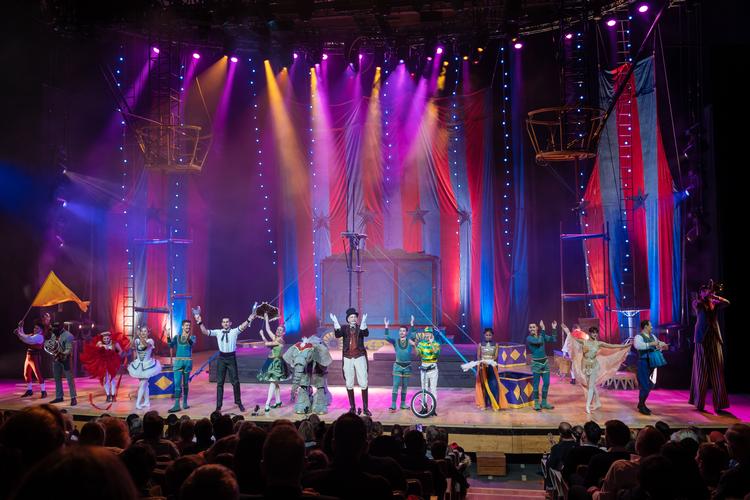 There is nothing quite like the excitement of when the circus comes to town. Seeing the Big Top being erected brings mystery and joy to the hearts of children from 2 to 92. The wonderful things that happen under that spectacular tent always manage to amaze an audience.

Circus 1903 takes the circus back to the pinnacle of this great art form, in an era when The Greatest Showman has put the circus back on the map. The only way to describe Circus 1903 is as a circus, with death-defying stunts, fantastic comedy, incredible audience participation and Life Sized Elephants (from the creative team behind War Horse), there is quite literally something for everyone in this huge spectacular.

The Ringmaster Willy Whipsnade, played superbly by famous comedy magician David Williamson, sets the perfect scene and transports the audience back to 1903 and to the travelling circus. His comedy magic routines create not only a fantastic basis for audience participation by the younger audience members, but also allows the acts to set up behind with slick transitions that go seemingly unnoticed.

The acts are jaw dropping. Just when you think things cannot get any better, the next act arrives and smashes any concept of what is possible for a human to achieve. From spectacular Gymnastics, to beautiful aerial choreography with some knife throwing and contortion thrown in for good luck, the variety of acts are entrancing and phenomenal.

It is very usual to be awestruck at a circus, but to bring out an emotional link for the audience brings in a whole new perspective to follow. The Aerial Ballet was absolutely stunning and moving with superbly emotive music. In fact the entire show's score beautifully fashioned the anticipation and wonder in the hearts of all that were witness to a phenomenal evening’s entertainment.

It would be impossible to talk about this production without mentioning the superb puppetry. For anyone that has seen War Horse, you will understand how the puppets appear as living creatures. This has been given a whole new meaning with these breathtaking life-sized Elephant puppets. It genuinely creates wonder when the mammoth pachyderms enter the stage with the baby Elephant, Peanut, being as naughty and playful as you would expect.

Circus 1903 transcends what would be expected to be seen on a stage. This production is an experience for the whole family and will bring joy to the hearts of many. Not only is it awe-inspiring, it is pure perfection. Circus 1903 is not just a Circus, it is the best night out that you could possibly have. Do not pass up the chance to witness the best production to grace a London stage since the turn of the century circus rolled into town.