The Comedy Of Errors - Review - The Roman Theatre of Verulamium 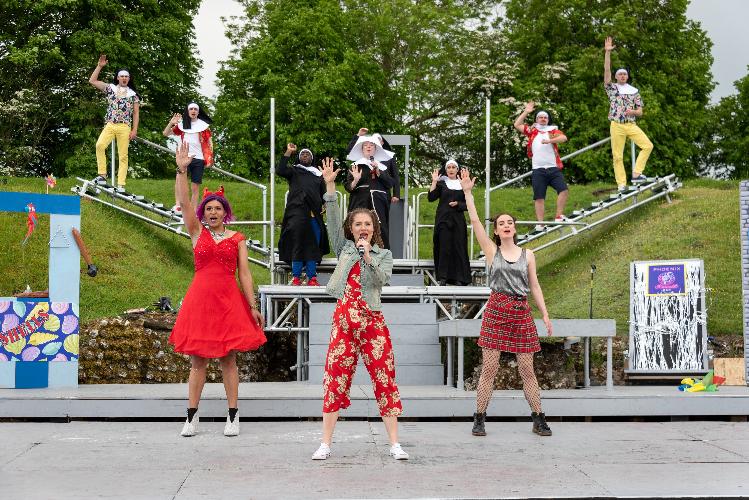 A pocket full of mortifying mishaps; a bucket load of diligent discourse and a shed load of spontaneous singing, Comedy of Errors at the Roman Theatre Open Air Festival is a taste of the freedom to come! Directed by, and featuring, Matthew Parker, the 2-hour Shakespearean romp encourages the full family engagement with sing-along, slapstick and (if you’re lucky) a sunset to accompany.

The story is relatively clear as we enter the trial of Egeon, a merchant of Syracuse, who is to be executed by the Ephesian Duke for trespassing upon the rival city. The farce that follows is the story of his twin sons: both named Antipholus, who happen to cross paths and infiltrate one another’s lives… (put simply). Parker’s own recitation as the merchant Egeon is trippingly off the tongue, as he prologues the above exposition.

What ensues is a mixture of folly, fun and foppery (the excessive concern with one’s clothes and appearance), as our protagonists’ slave(s) – Dromeo – try their best to please who they think is their master and getting their knickers quite literally in a twist. The gags that are explored are hit and miss. The inflatable hammers are a hit where the crashing sense of direction is a miss.

Joking aside, the effort to create entertaining ‘comedy’ was certainly present. Some of the lewd base comedy keeping it crass enough for an adult audience, whilst the slapstick door choreography evened up the playing field. This is credit to Sam Denia’s Dromeo finding a playful physicality to contrast the bouts of dialogue between the sterner masters played by Lewis Jenkins and Gabriel Fogarty-Graveson. 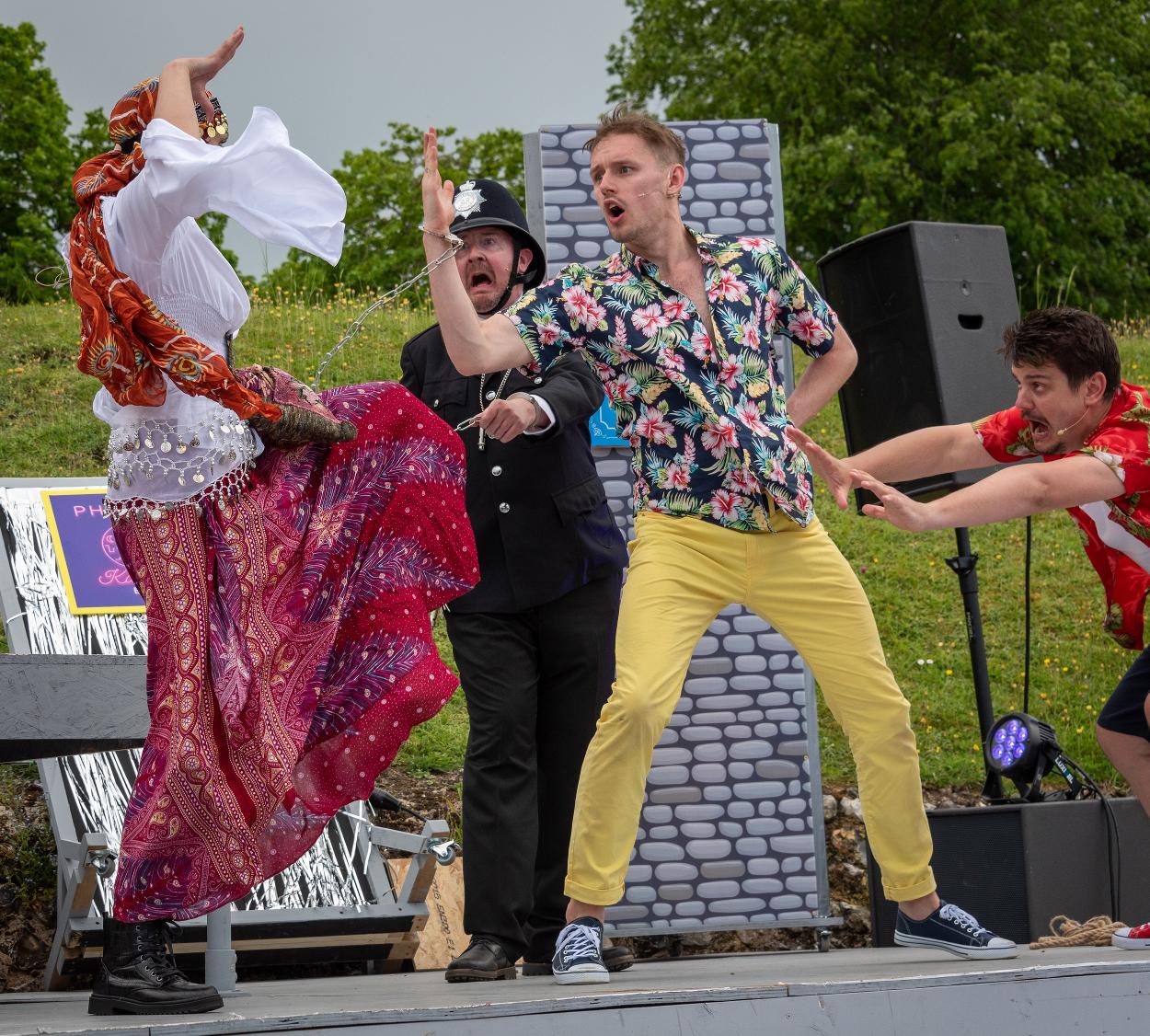 Counterbalancing the silly fools is the desperation of Adriana, played by Phoebe Marshall, and her sister Luciana, played by Rosie Edwards, as they endeavour to discover the meaning of all the misdemeanour and bring the story back on track. This leads to a karaoke rendition of Queen’s ‘Somebody To Love’ as Adriana’s desperation kicks in. Perhaps also the most pleasant to the ear of all the ‘musical numbers’ involved. Though the Abess, played by Cassandra Hodges, did transform into Madonna for ‘Like a Prayer’ which was equally as impressive.

Emcee Courtesan played by William Donaldson reminds us that it is ‘just a bit of fun’ as they disperse the focus on the text with some light narration and more karaoke. As much as this is somewhat entertaining, there is a power to the art of storytelling through Shakespeare’s text that is lost behind the smokescreen of spectacle. The players compromise the connection of character and commitment to the text for the odd ditty shared with the audience.

As an evening back at the theatre and sharing a tale worth telling, OVO and Malting Theatres’ Comedy of Errors is certainly a relaxing bit of fun after the endless lockdowns. Tickets: here.