Are you ready to dance? 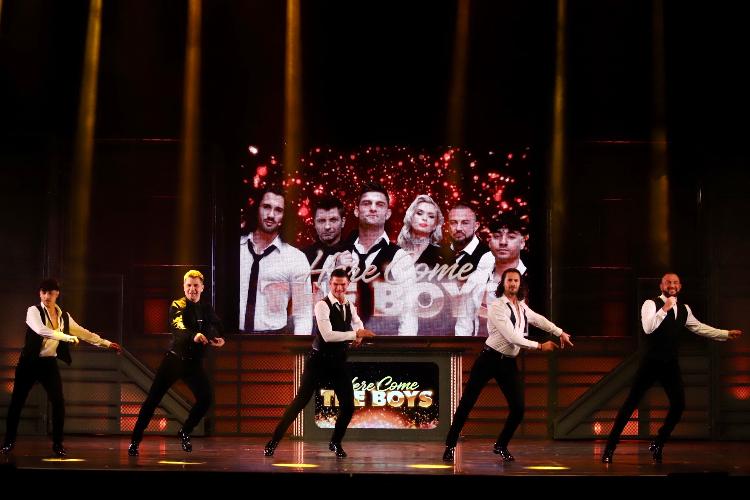 After a very successful UK tour, the “Kings of Dance” bring to the London Palladium - with a reduced capacity – their dance extravaganza.

And the show is a big, joyful party from the beginning to the end. On the stage, with the five dance stars, there are a resident DJ and a wonderful ensemble of dancers.

It’s clear since the start that the audience (many fans of Strictly come Dancing and dance shows) just want to have fun, and that’s what this show is about: forget everything and enjoy the night!

The stage is transformed into a nightclub, with the DJ playing dance-floor anthems and club classics and the dancers competing in a series of dance battles: the audience will decide the winner.

Every dancer brings something unique to this full-on dance marathon: their excitement and energy is palpable and the audience goes crazy for their sexy moves.

Two and a half hours of different styles: Rhumba, Latin, Ballroom, Swing, Jive, Salsa, and more, and a big medley that brings the audience on their feet to end the night. Or, almost to end, because after the finale, a little surprise: Higher Love, the Steve Winwood 1986 hit, covered by Whitney Houston, in an emotional tribute to all the key and NHS workers, and all the cast in white.

“If we are here, all together, after more than one year, it means that we won our battle”, says Aljaž Škorjanec to the audience. True. So, let’s forget the virus, grab a ticket and go singing, dancing and celebrating our theatres reopening with “the boys”.