The premiere of a new British Musical in the iconic studios 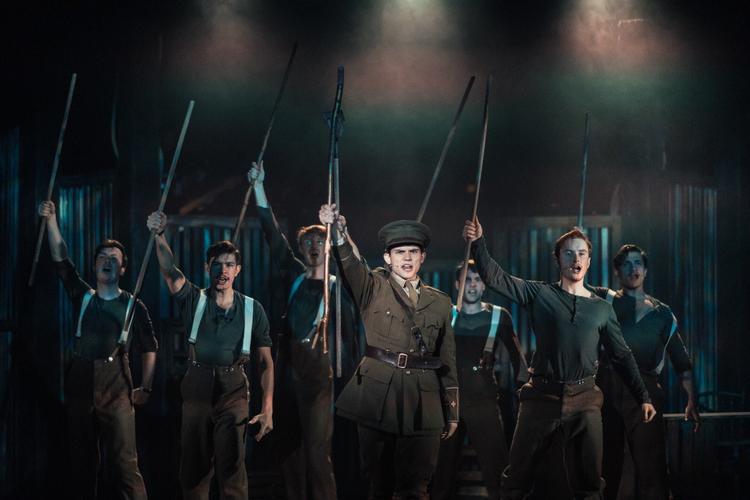 For the first time in history, the Abbey Studios have been transformed into a theatre, especially for this event. And what a privilege to be part of it.

The Dreamers, a brand new musical created and written by James Beeny and Gina Georgio, had its premiere at the famous studios, home of the most famous music creations.

In a war characterised by courageous yet often futile sacrifice, the Gallipoli campaign of 1915 stands out as a bloody and wasteful enterprise, marked by confused strategy and terrible conditions for the soldiers on the ground. More than 30.000 British soldiers died on the battlefield.

The dreamers tells us the story about them.

Don't worry: this is not a musical about war. I mean, the war is there, and it is the reason why everything happens, but the show focuses on the people. It is a show about family, brotherhood, friendship and love. All the things that wars take away from us.

It is an ambitious new British musical, that comes on the 100th anniversary of the end of WW1, with a terrific big cast (list below)

There are two things that make this one a special show. The first is how the characters are undressed along the story so we can look into their souls, and their minds. It is a show about normal people and about their reactions when events turn upside-down their lives and make them face the misery of separation and death, exposing their fragility and vulnerability.

The second reason is the score. Musicals are about the story, but most of all, about the music. And the score of The Dreamers is fantastic. The beautiful ballads and the moving songs suit perfectly the intimacy of the emotions that, as I mentioned above, are the soul of the show. I understand by reading the programme (given for free with a CD inside) that this is the first theatrical work by guitarist James Beeny and pianist Gina Georgio. Well, I hope it won't be the last, because both of them are clearly incredibly gifted.

Songs like Once More, A crowd of faces, The Dream, Red, Ordinary Men and the epic The Dreamers Anthem and Nowhere left to hide are simply masterpieces.

It was thrilling to watch a show inside the iconic Abbey Studios, but this type of show would benefit from a different seat configuration to make the experience more immersive.

This show might not be for everybody: if you are a lover of fast-paced and hyper-modern, Netflix-drama, it might not the right one for you.

But if you love a show written from the heart, that talks to the heart, let's hope The Dreamers will have a long life.

This show's destiny has only two words: West End.